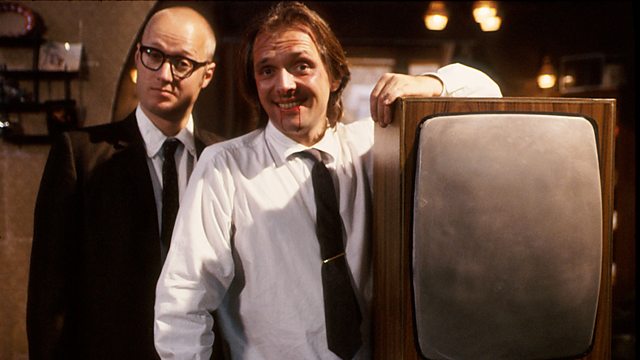 The Beeb under attack should piss us all off

On its 100 year anniversary, the BBC finds itself endlessly shelled by both sides in the feeble culture war. Each side is somehow convinced that the corporation is a committed agent of the other. Meanwhile, funding has been slashed. The centenary celebrations have been muted, almost apologetic. How did it come to this?

Partly it’s because the BBC’s funding model is easy to criticise and quite hard to defend. If called upon to make an argument for the license fee, most people find it hard to do so – even those of us who wish to.

It’s an odd institution. Who, when first having the concept explained to them, doesn’t wonder why they’re compelled to pay some bizarre telly tax to one broadcaster, when the others must fend for themselves?

To those growing up before the internet, the answer was: the BBC has no ad breaks. ITV and 4 did. It was possible to reconcile yourself to the license as a kind of zero-ad tax, a payment to enjoy your TV without blaring adverts interrupting your favourite shows every fifteen minutes – as they did Morse, Cracker and Poirot.

A combination of Rupert Murdoch, the internet and social media wrecked this simple premise, just as they helped bring about the collapse in trust in the corporation’s news service.

The Beeb lost its near monolpoly on British entertainment, swamped by more and more US content – some of it excellent, most of it dreck. It’s was also stripped of nearly all sport. Its audience is far more distracted, and its streaming option offers less than biggies like Netflix, Amazon and Disney Plus.

Yet, just as it’s hard to defend the Beeb’s funding model, so it ought to be impossible to leap onboard with arguments to destroy it – when the motives of those calling for such are so nakedly corrupt and self-serving.

Certain newspapers and broadcasters scream daily about the beeb because, well, they’re keen to exterminate the opposition, and there’s an easy attack line on hand: ‘why should you pay for stuff you don’t like?!’

Dim politicians harangue the Beeb because in today’s playground politics lumpen deflection is masterful statecraft. It’s much easier for them to attack the reporter than answer a question. It’s simpler to create and squeeze a vulnerable ‘enemy within’ than to acknowledge their utter helplessness before global problems.

In the end, this is the greatest argument for keeping the licence fee: one look at the loudest voices speaking against it.

Still, for those raised in the nineties, those last heady pre-internet days, the Beeb is precious for one simple and greater reason: the rich seam of very brilliant, very British comedy the BBC gave us.

We grew up with Red Dwarf, Bottom, Big Train, I’m Alan Partridge, A Bit of Fry and Laurie, The Detectives, Is it Bill Bailey?, The Royle Family, Blackadder, The Fast Show, The Day Today, French and Saunders, The Mary Whitehouse Experience and Game On.

Repeats and VHS introduced us to The Young Ones, Monty Python,
Hancock’s Half Hour, Fawlty Towers, Not the 9 o’clock news, Only Fools and Horses, Yes Prime Minister, Porridge and Dad’s Army.

To those of us who grew up with all this glorious entertainment, the idea that the Beeb should be dismantled is heresy. These programmes are what make us who we are. They are populated by people who speak like us, who remain as funny or funnier than the best the US can produce. The programmes help more than anything to define and understand what it means to be British; what is glorious about it and what is pathetic; and how closely those things are related. Python dismembers British pomposity; Bottom picks apart little Englander patriotism; Partridge brilliantly skewers intolerant, greedy, furious ignorance.

So it is that, much like the NHS, when we hear about the urgent need for reform, we ought to call bullshit, and close ranks. For the last decade brainless loudmouths have been hunting for new sacrifices to their insane gods. We ought to fight to save the Beeb from their bloodlust. Not because the BBC is perfect but because – come on – we all know that by doing so we will once again be mutilating ourselves for the benefit of a cynical and manipulative few.