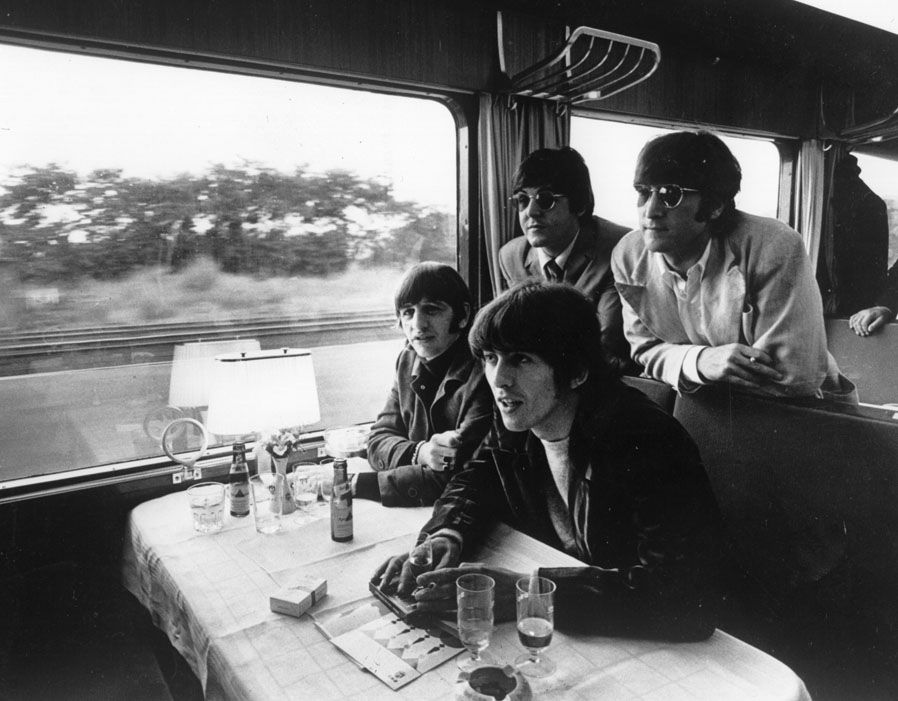 The new Revolver super-deluxe edition received five stars in the Guardian. But what is it about this reissue that is worthy of five stars? Is it the original album, the new mix, or the bits and pieces the Beatles marketing machine has scraped up from the archive to lure we completist maniacs back again?

If it’s the original album getting five stars, well: steady on. You cannot deny Revolver four stars. But if you’re going to give five it’s going to have to measure up to Sgt Pepper, the White Album, maybe even Let it Be – and you’ll run into trouble there. There is the school of thought that Revolver is the best Beatles album of course, possibly because it features their finest ever opening track and maybe 2nd best ever ending number. But in between? There’s some pretty mediocre material.

Love You To a dirge. It’s kind of an interesting dirge, and it’s very George, but dirge it is and dirge it will remain. Here, There and Everywhere is the worst of treacly, wistful Paul. She Said, She Said is a bore. (Rain is so much better). Good Days Sunshine is cheeky chappie Paul at his worst – ‘I’m in love and it’s a sunny day’ he chirps. Oh fuck off Paul, we think, hitting skip. And Your Bird can Sing is a bit of a nothing. That’s nearly half an album of forgettable stuff.

What lifts Revolver are the greats. But look, we’ve heard them all before, we’re familiar with them. So is the point of this exercise the new mix? It sounds nice enough, but it doesn’t stake a claim as something worthy of a reissue in of itself. It is just the album we know and love, sounding clean and crisp.

So, the extras then? Is that what merits five stars? Again: no. Not for anyone who purchased the Anthology, where we heard a lot of this before: the alternative, bluesy-er Got to Get You Into My Life, the other Tomorrow Never Knows (the ones that probably sounds like it did to John when he was tripping off his tits); the giggly And Your Bird Can Sing. What’s truly new here are scraps, what (we can only take their word for it) are truly the last bits and pieces they have scaveneged from the tapes.

That’s not to say we’re not hungry for them. Even the rattling of tea cups can make a maniac smile. Super Deluxe nearly merits the extra star for the one true revelation: that Yellow Submarine started life as John, singing with almost Plastic Ono Band vulnerability, ‘In the town where I was born, no-one cared, no-one cared’.

It’s also nice to know that Love You To was originally referred to as Granny Smith. George, safe to say, probably suffered from some pretty epic impostor syndrome, and was too worried to give it a proper title. When he says he hasn’t got a name for I Want to Tell You either, Lennon calls it ‘Granny Smith part frigging two’.

It’s nice hearing Paul being an awkward sonofagun about playing Got to Get You Into My Life, fending off suggestions from people he’s sure can’t possibly know better. “Why though?” he presses, wearing John down for daring to suggest an alternative approach to an intro that’s not working. Not a man who likes to easily surrender his ground, our Paul.

On Eleanor Rigby it’s an absolute hoot hearing George Martin’s Spitfire delivery: ‘this is without vibrato on the rhythm bit’ – and the string section laughing and enjoying themselves enormously.

But mostly, come on, this is a marketing exercise. Another round of repackaging, a few more squeezed drops. Who’s to say they haven’t kept back another couple of rough diamonds for a 75th anniversary version? We shouldn’t put it past the Beatles marketing machine.