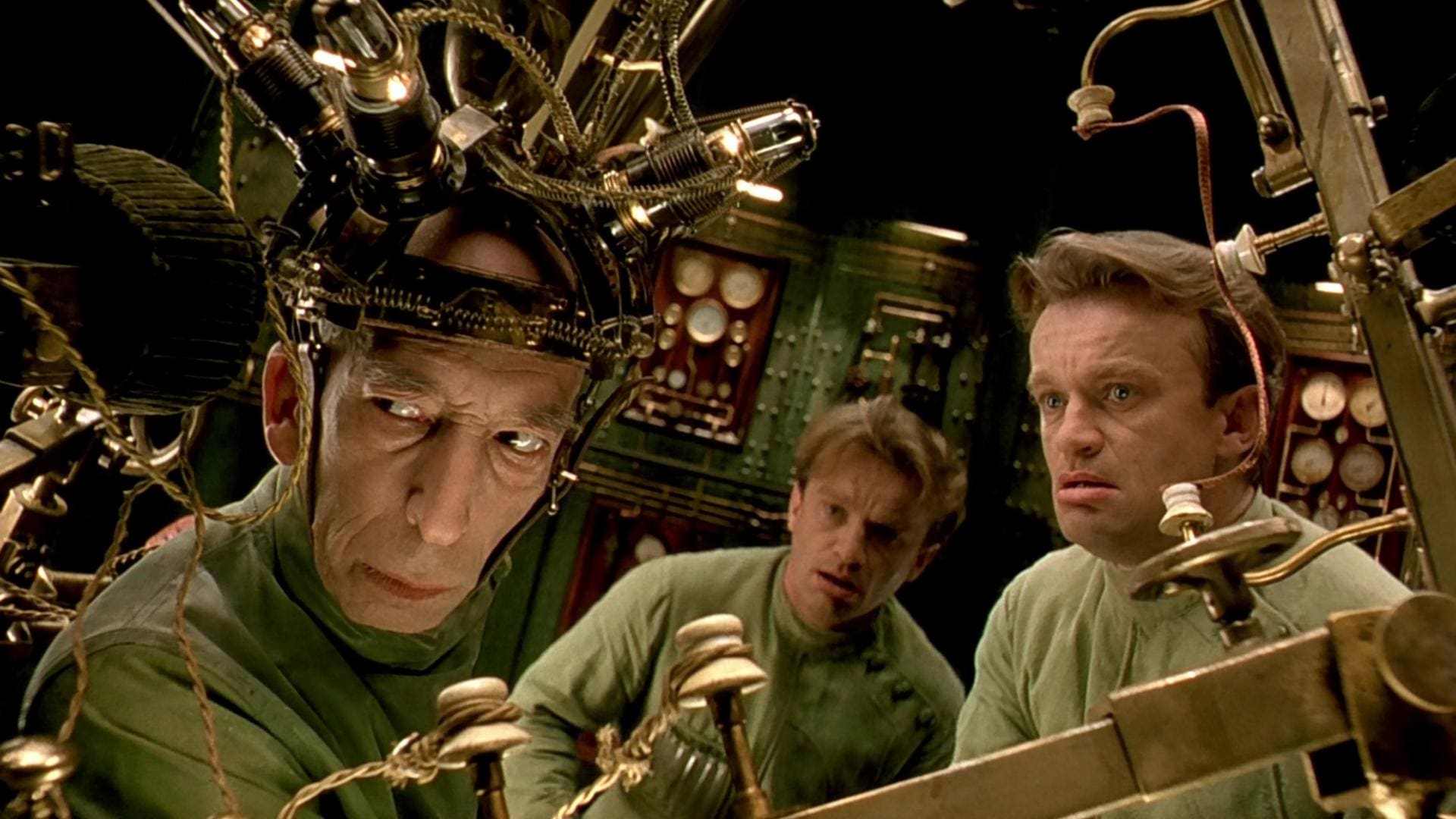 Terry Gilliam hangs over Jean-Pierre Jeunet/ Marc Caro movies like one of his Holy Grail god cartoons. Or maybe it’s fairer to say that they fed off each other’s work. Brazil, with its nightmare comic future world, certainly informs Delicatessen‘s camera work, haunted plumbing, and beautiful sets; so too City‘s brain-in-gramophone-jar contraption, its blind men with brass eye-pieces. The stories are similar too: dreamers clinging on in tyrannical worlds that threaten to consume them. Little wonder Delicatessen was ‘presented by Terry Gilliam’ on its US release.

In turn, Delicatessen‘s post apocalyptic tale may well have had Terry rubbing his beard thoughtfully, helped nudged him towards his next project, the excellent post apocalyptic Twelve Monkeys. In 1991 he had just produced the movie set in his most recognisable world, Fisher King, arguably his best work and also his funniest. Jeunet would wait until 2001’s Amélie to pull off a similar trick, bringing fantasy to a recognisable Paris – and again produce his funniest picture. That commitment to laughs is the most admirable apect of both filmmakers. It’s not an apocalyptic fantasy if you’re not having a giggle.

Delicatessen and City and Amélie are linked by that incredible red and green colour palette – claret, blood, fat and frog men in Delicatessen; the pea green sea and Miette’s dark red dress in City; even the old man’s eyes are emerald green in Amélie. It’s laid on so thick it should irritate more than it does: but whenever the cameras steps back and glories in some new and wondrous set (the desolate half ruined delicatessen, the ships moving in the docks of City) all is usually forgiven.

Delicatessen is haunted by animals: there are none left to feast on, not even rats. in a post starving future world where carnivoirous man is turning on himself. City on the other hand is jam-packed with them: children use a mouse to carry out a burglary; dogs and their fleas are used to deliver biological weapons into victims; seagulls are used as excecutioners.

Both movies contrast deeply tender relationships: between Louison and Julie, One and Miette with brutal, shocking moments: the fate of Livingstone the monkey; the oment where Onem, drugged out of his sense, beats Miette. Both contain truly unsettling nightmares: the multiple santas sequence at the opening of City is just freaking horrible.

The two work as companion pieces. It’s difficult to say that one is better than the other, only that City has a broader canvad in its port city Oliver of orphans, Fagins, diving suits and huge steaming ships.

They can be a little hard to follow in places. They can also drag a little. But any Gilliam fan should seek them out and enjoy them. They bring unique French spices to make a wondrous, moving, funny Gilliam blend. How I could have passed all this time without watching them I’ve no idea.