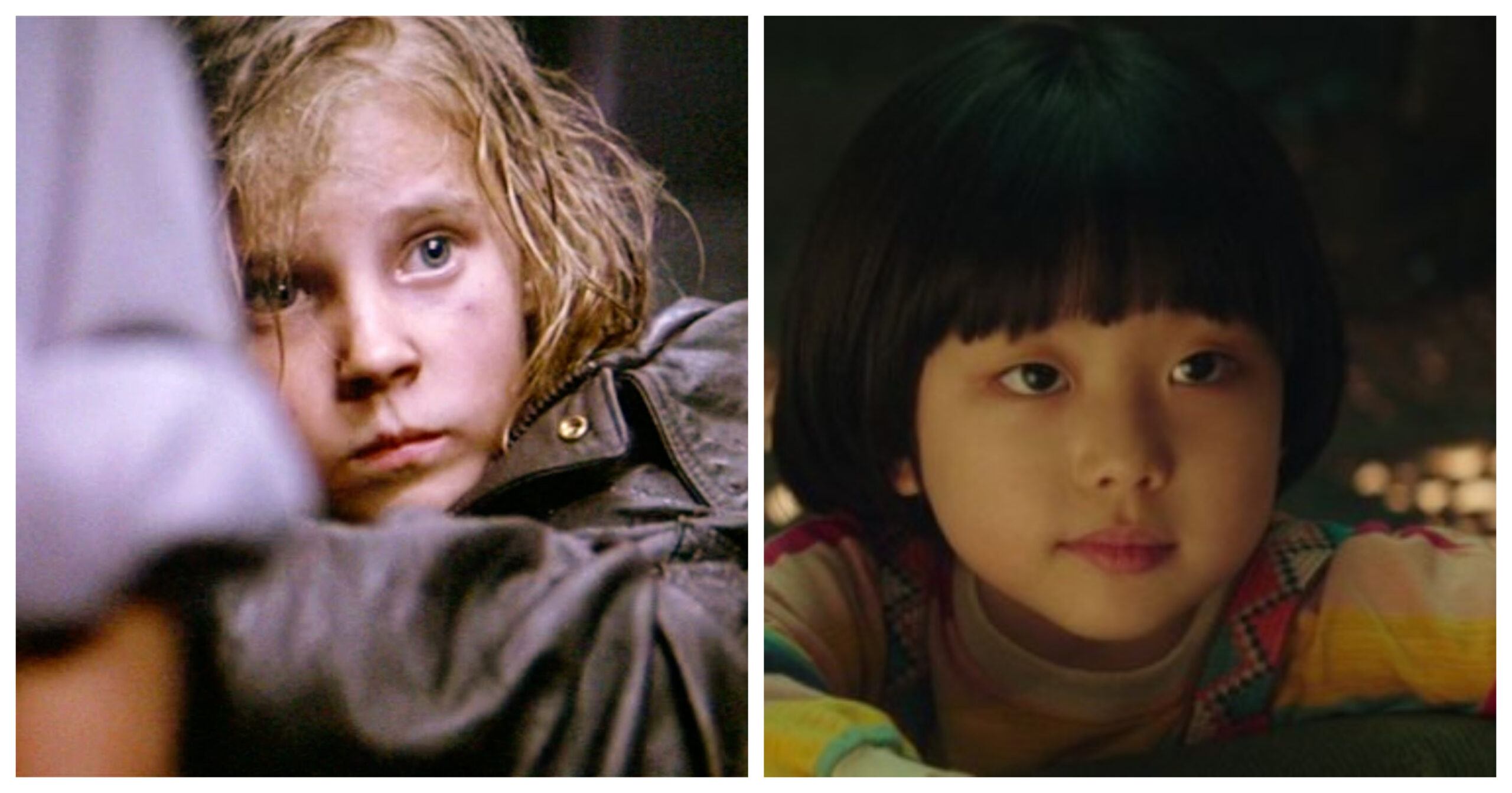 At the heart of Space Sweepers is a blunt instrument named Dorothy – a hunted, vulnerable, super-cute innocent discovered aboard a derelict spacecraft.

Watching her character drive the story of Sweepers, its easy to start thinking about Aliens – a movie that is a little more sophisticated in its use of an innocent child to motivate its characters.

Yes, just as Dorothy inspires the protagonists of Sweepers, so Newt is a device to propel Ripley through the story of Aliens: back into the alien nest, into the exoskeleton to fight the alien queen. But Newt also acts as guide around the colony, and exposes Hudson’s macho BS for what it is.

Newt is remarkable because she is an ordinary little girl who has somehow survived. She is certainly not universally adored by the Sulaco marines, who are driven by self preservation. Only Ripley is in any respect ‘healed’ by the experience of saving the little girl.

The Robot of Oz

Dorothy’s purpose is less clear. There is a nice idea at the start: that she is a robot with the potential to destroy the crew and their ship, the Victory. For ten minutes it seems like the movie’s going to investigate whether a robot child is as deserving of the crew’s protection as a human infant. But this is tossed away quickly, as it’s too difficult to figure out.

So Dorothy can’t destroy the ship, it turns out. And – uh – she’s human after all. She quickly establishes herself as a universal object of affection for the Victory‘s crew, winning them over with big eyes and bright crayon portraits. There is some Wizard of Oz stuff in there somewhere (the robot searching for her skin, the Tiger looking for his heart etc) but that gets swallowed up by some pretty blunt messiah stuff:

It turns out Dorothy is a not a robot, not even an ordinary girl, but a miracle child. This little girl has the ability to heal the wounded Earth. Now, by rescuing her, the crew are saving the world.

They are also, of course, saving themselves. The most Oz element of the story is the ending, in which each member of the crew is shown to have become a more perfect whole through the act of rescuing Dorothy. Tiger loses the tattooed brand of his underworld past; Bubs becomes a complete young woman; Tae-Ho says goodbye to his lost child.

Nevermind that all three – Tiger as drug kingpin, Bubs as war droid, Tae-Ho as secret policeman – have all committed unspeakable crimes in their pasts. Space Sweepers forgives them all of it, simply through the act of rescuing the miracle child. There is something a little corrupt in this morality that undermines the movie.

That reflects another strange point: the BBFC rates both Aliens and Space Sweepers as suitable for those aged 15 and above. Aliens uses that rating to deliver adult horror and thrills. Sweepers uses it to raise all sorts of difficult, interesting questions, and then discard them all for fairytale conclusions.

There is a huge amount to like about Space Sweepers: the soup of languages spoken; the very beautiful sets; the ships, wreckage, space stations and Martian scapes. Crucially, it also has a pretty decent sense of humour.

It’s just a shame that the movie’s purpose is so confused, shifting as the story progresses. All the interesting ideas Dorothy raises are tossed away in the name of simple answers and emotional healing. It can’t even commit to a noble sacrifice.

The human Dorothy would work well at the centre of a U standard, space Wizard of Oz clearly written for children – perhaps with a Victory crew of misfits who are a little less defined by bloodthirsty pasts. The bomb-carrying robo-Dorothy could work at the heart of a darker, 15-standard Action scifi thriller, where the crew behave rather more like people with the backstories provided.

Sweepers is neither one thing nor the other, and ends up with some questionable emotional beats as a consequence. Sure, it does some interesting things, boasts decent performances and a lot of great design – but making Dorothy a messiah? It was a bad call.