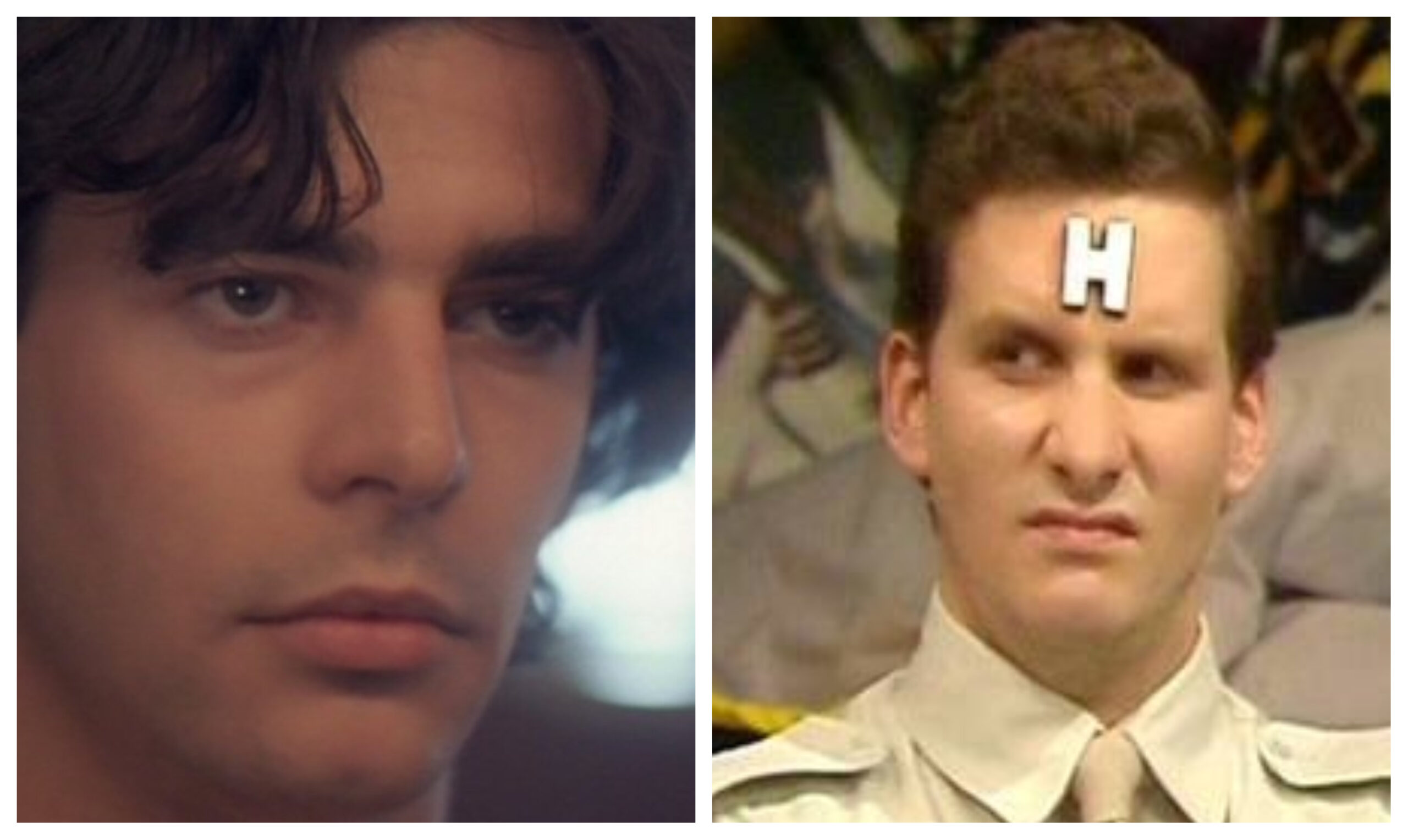 It’s strange. You feel your cultural horizons are too narrow, set out to expand them – and end up back with your old favourites. So it was that, halfway through a first viewing of Open your eyes, I found myself remembering Grant Naylor’s 1990 novel, Better Than Life. And thinking how much better it tells the same story: of a character lost in a dream, under attack by his own neuroses.

Open your eyes is highly regarded, and it probably deserves some praise. Eduardo Noriega gives a decent performance as César. There is some wonderful, seasick direction as the camera peers with him from under his bedclothes, through his mask, down the side of a building.

Tension trembles through the picture. It is genuinely moving at times, particularly in its depiction of dream sequences starring unrequited loves – we’ve all had such tantalising fantasies in our sleep, often had them go wrong or fail to resolve as we’d wish. All of that is interesting and pretty well realised. It clips along at a pace and has some good lines.

I like the floor. It’s the only thing that seems real.

But César is a man who is frankly rather hard to root for. His life is, pretty much, what any dumb, mid-twenties male might desire. He is rich, indolent, handsome and care free. He sleeps with a new conquest every other night.

He is also given no redeeming qualities whatsoever. In fact, on top of his vanity, he is something of a scumbag. He intentionally makes a move on the woman of his best friend’s dreams, and brutally dismisses his latest girlfriend.

He’s also dumb enough to jump into a car with said ex after managing to lock in a second date with Penelope Cruz. He continually demonstrates what a pushy, sleazy, hideously vain shit he is, and how for granted he takes his fortune. And he’s only going to get worse as the film goes on.

César is disfigured in an accident, but is not about to come to terms with losing his good looks, learn any lessons, or allow some hitherto hidden inner quality to flourish. Instead his scars turn out to be a fitting reflection for a pretty awful human being. We watch as César wages war on the people in his life, unable to take responsibility for his misfortunes, becoming increasingly unhinged as surreal events baffle and frustrate him.

The longer it goes on, the more we are in it for the final reveal alone, rather than any sympathy for the protagonist. The film never gives us a reason to like César. Not one. That absence of interest turns to outright dislike as he loses his mind, and the ending rather feels like it lets him off.

What of the many terrible things that he’s done? Are we meant to forgive? Why would we do that? Are we intended to think a grotesque murder he commits is beyond his control? It’s a curious decision to leave us in the company of this violent narcissistic chump without ever showing us a reason to sympathise, or even to be vaguely interested in him beyond his mysterious circumstances.

Open your Eyes loses out badly to Better Than Life in this respect. Because Better than Life offers a terrible person whom we can truly love.

Better than Life‘s Arnold Rimmer is a bad person, but he has none of the advantages of César. When he was alive he was universally disliked, shunned by his family, frightened of the opposite sex, and a career failure. He was and remains a conceited, pompous, bitter, jobsworth in all things.

Unlike César, Arnold Rimmer has no great romance to rekindle, no previous perfect life he wishes to reconstruct. His existence has been nothing but failure, rejection and unrealized ambitions.

He attempts to create a dream world in order to escape his previous life. He indulges in pure fantasy – the first element that makes him an infinitely more sympathetic and interesting character than César. Most readers relate far more to an Arnold Rimmer’s inadequacies, self-loathing and longing for a more exciting life than to César’s narcissism and desperation for his old way of living.

The second element is that Rimmer’s misfortune is funny. His subconscious is not creating unnerving occurences out of guilt and longing, as César’s does. His mind conjures torments for him because it refuses to accept that good things can happen to him.

After allowing him a brief heaven, it drags him through consectutive hells, each circle playing on his neuroses – his masculine inadequacy, his loss of his physical form. He even barges in on his crewmates’ fantasies, destroying them with the wrecking ball of his madness. His fantasy becomes a cruel if hilarious farce, that sees him imprisoned, exploited, and engaged to his own mother.

I suppose that because Better than Life is so much more of a baroque, wild ride, because Rimmer’s journey is played for laughs, some would view it as somehow lesser than Open your eyes.

But Arnold Rimmer remains a richer, more rewarding character than César, and writing that accomplishes that is a greater achievement than one that gives us the hollow creature that is César

Rimmer’s inadequacies are his power as a character. He is more human for them. We perceive our own failings reflected in them, and can’t wait to see how his mind punishes him and his friends for them next, making us laugh in horror and sympathy.

Open your eyes is OK, but as I sit here now I realise that I will certainly avoid Vanilla Sky, the hollywood remake. The thought of spending another hour with a character anything like César is pretty unbearable.

It does, however, have me reaching for that dog-eared Better than Life…