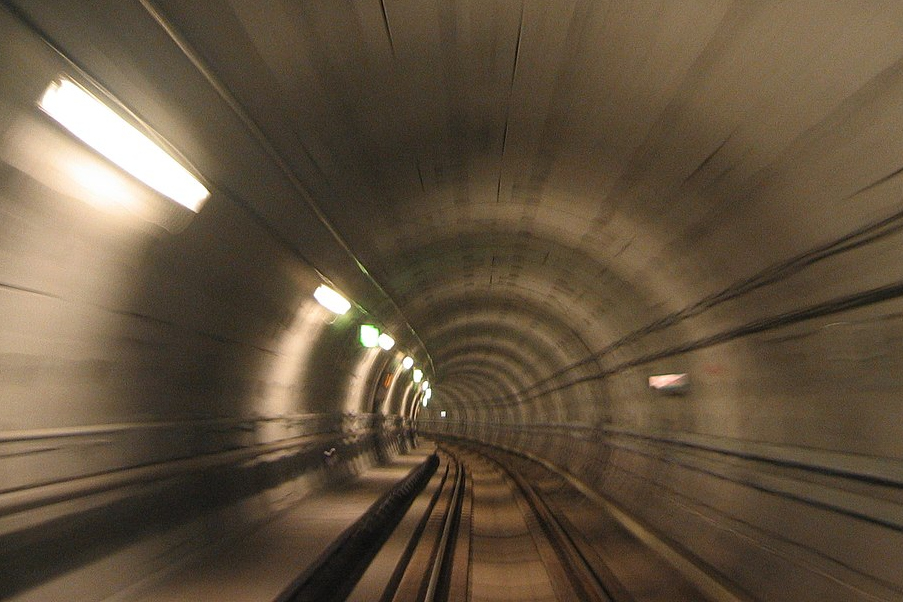 Tunnels are portals to future worlds

To the 21st century citizen, the tunnel is one of those engineering accomplishments that’s easily taken for granted, or barely noticed at all – unless it is as a source of disgruntlement. The British love to complain about their tunnels, either as frustrated commuters trapped in Dartford and Blackwall traffic, or as opponents to new projects.

Enthusiasm for new tunnels is equally scarce. Even the Channel Tunnel, an extraordinary achievement by any standard, is not cherished by the public as are our great bridges. Neither are the engines of tunnel construction. ‘Victoria’, the last machine used to excavate London’s Crossrail, was picked to pieces underground and recycled, denied the museum space we so keenly reserve for other mechanical engineering heritage.

Despite the efforts of dreamers such as Elon Musk and his proposed network of underground highways, and astonishing achievements such as the Gotthard Base project, for many, the tunnel still lacks something in the aesthetic department.

Rather than the horizon-straddling connection provided by a bridge, the tunnel is hidden away. Further, a bridge is almost uniquely a human innovation. The tunnel ‘merely’ imitates the behaviour of our humbler animal kin: the worm, hag fish and gerbil.

Or perhaps it’s the tunnel’s more unsavoury human connotations that detract from its appeal – as a means of intrusion: the favoured transportation of thief, smuggler, and sneak attacker. Well, when The Engineer reports on Norway’s ambitious plans to build the world’s first ship tunnel, the scifi eye, at least, likes what it sees. Tunnels make wonderful settings for story.

In much of science fiction, tunnels are the lairs of an alien menace, threatening the foundations of society. 1967’s Battle Beneath the Earth sees Chinese invaders burrowing beneath the US laying atomic bombs.

The bugs in Heinlein’s Starship Troopers scurry beneath the surface of hostile planets; while the MUTO of 2014’s Godzilla hatches below ground and burrows to the surface to wreak havoc.

Often there’s a nuclear element to these creatures’ development, which is perhaps not an entirely absurd notion: our tunnels do breed new species. (Post-war studies found a new strain of mosquito in London’s tube.)

Bearing in mind US plans to store its nuclear waste in Yucca Mountain tunnels; and North Korea’s fondness for detonating nukes in deep excavations, the scifi imagination is naturally fired by the thought of some hideous super mutant emerging from centuries of radioactive incubation.

Where the inhabitants of science-fiction tunnels are human, they still tend toward the outlandish: mole men, Morlocks and the ‘crawlers’ of Neil Marshall’s The Descent play on primeval fears of being dragged back to our prehistoric, cave-dwelling roots.

Tunnels as the poking fingers of science

Where normal people are found in tunnel settings they tend to be explorers and scientists, in fables such as Verne’s Journey to the Centre of the Earth and the ludicrous film The Core. More effective are tales where humanity has adapted to endure a tunnel world, such as Roger Levy’s novel Icarus.

What other gloomy worlds might tunnels explore? The Chunnel itself inspires: what other fractious near-neighbours could be bound by future tubes – Japan and China? Argentina and the Falklands? Such tunnels need not only serve paranoid invasion fantasies, but great escapes too.

Imagine a future Russian police state, where a group of future engineers is excavating a grand Soviet-style subway in Yakutsk. Determined to escape the clutches of their megalomaniacal dictator, they secretly reprogramme their boring machines to tunnel on, eastward, all the way to the Bering Strait and beyond to Alaska. Chased through the tunnel by a tipped-off secret police, they blow up the exit behind them: only to realise that their new home may not be quite what they imagined.

Subway to the stars

Boring machines might help colonise space. Self-assembling tunnelling robots might be the first to land on Mars, excavating underground habitats that avoid the perils of surface dwellings. One astronaut is sent to monitor their progress, but alone on Mars he goes mad, slowly dying from radiation sickness.

Determined to find immortality, and inspired by the pharaohs, he reprogrammes his boring machines to excavate Olympus Mons, creating a huge pyramid in his honour: once complete they roam the passageways, ready to ambush any future Lord Carnarvon who comes raiding for treasure.

Or perhaps, finally, we should turn for inspiration to the seedier side of tunnelling. Cartels use tunnels to smuggle product into the US. What of a future president who decrees drugs legal below the surface, literally driving the trade underground?

A hugely expanded network of tunnels and caverns develops along the Mexican border, growing into a thriving shadow state. It is a dangerous territory, riven by petty theft and sporadic violence – but also the only place to go to hear good music.