Yes, there is a lot of silly fun on display in the 96 Snake-fest, Al Leong is still merrily energising the background, and it features a late Carpenter soundtrack with at least one or two nice moments – but there’s an equally powerful sense of wasted opportunity here. Great actors are sidelined while a charisma-lite unknown is handed an underwritten lead; snake spends the entire film begging for one liners that never materialise; and the editing is just horrible.

On the first day of shooting somebody should have seized John by the tache and yanked it until he agreed to some basic changes. Who knows, with a little tweaking this forgettable fest might have gained a revival cult following, in Trumpy times such as these. Among the most bafflingly obvious fixes are:

What is is with Carpenter and women? He obviously knows a great actor when he sees her, yet never seems to know what to do with them. As in Vampires here he has a performer on hand who fair oozes charisma, yet consigns her to a curious, unsatisfying cameo in the final third, while George ‘who?’ Corraface gives us a snooze of a performance as a Che Guevara poster. Handing the beret to Grier seems such an obvious move: make a black woman the leader of the misfit force planning to take back America, and you’re cooking with considerably more gas – even if you provided her with the same meagre lines. 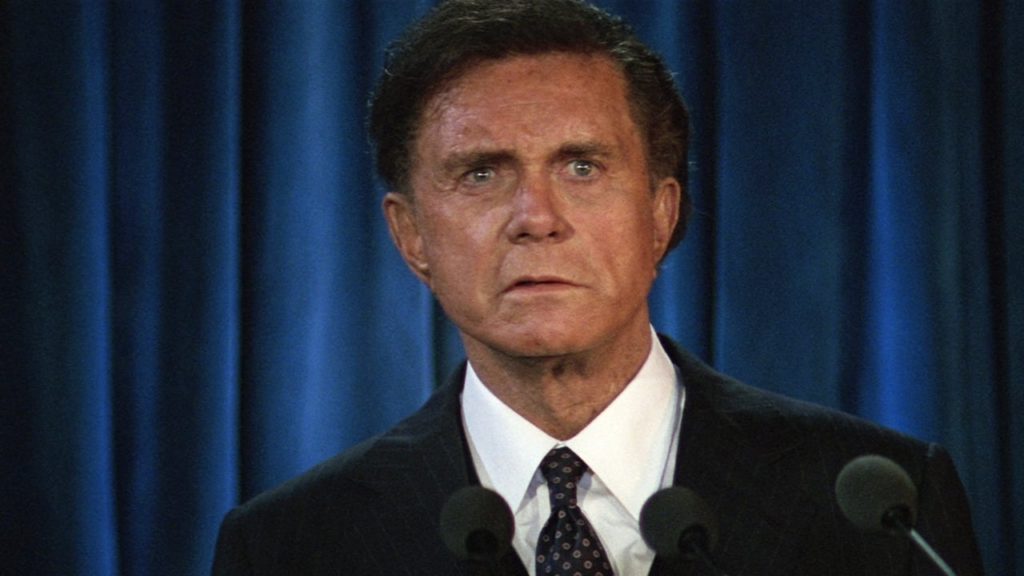 Show us more of the President

Cliff Robertson already possessed a very strange face by the mid nineties, and it’s a pleasure to look at. While certainly no Pleasance, it feels odd that Carpenter didn’t have more fun with him as the zealot President: shouldn’t we see him praying for the souls of those he electrocutes, or consulting his bible before ordering airstrikes, or perhaps indulging in the vices he forbids his people? All he has to do here is repeatedly ask where Snake’s at, before participating in a lacklustre retread of New York’s Pleasance broadcast. This is a shame. Letting us learn more about his government of God could have lightened the leaden weight of the command bunker scenes.

Cut off that ponytail

You know things are going badly when you begin to fixate on performers’ hair: Stacy Keach’s ponytail is unforgivable – it would only be justified if Snake swung him by it during a climactic fight scene. Instead it’s just there, causing the drifting viewer to ask himself all sorts of needless questions like: wouldn’t a super far right future America frown on the ponytail in its military? Where does the ponytail stand in facist costume? Did Keach insist on the ponytail to take the role?

Don’t introduce Bruce Campbell as the Surgeon General of Beverly Hills only to immediately toss him aside.

Campbell tucks into the brief screen time he’s afforded, but he and his freakish assistants would surely have more to offer than a brief stop on Snake’s freak tour, perhaps as an integral part of Pam Grier’s court. It’s a fun enough stop, but if you are going to to open your freak show so strongly you had better follow it up with…

We see the Hollywood sign burn from behind; we see Jaws snap at Snake’s sub form the submerged Paramount Studios lot; but the only truly recognisable Hollywood monster is Campbell. Where are the industry monsters, the producers, casting agents and directors who exploit dreams in service of base desire and crude profit? We’ve no right to expect anything particularly clever here, but Buscemi would have made a tremendous Hollywood lizard, some twisted future Bialystok who exploits Snake’s mission to firm up his position in the swamp.

Strange that Carpenter and Russell didn’t grind any axes here, snatching a cheap laugh at the expense of some long held studio enemy. It’s a strange one: Snake walks by the fattest imaginable targets. Perhaps they were on his weaker, eye patch side…

Even taking all the above into account, there’s a decent third movie to be made in this franchise, as the general principle of punishment by exile and rampant fascism seem more on point than ever. An unforgiven Pliskin in an old west escape from DC or Detroit? Come on, that idea’s got to be worth some skin. Anybody? 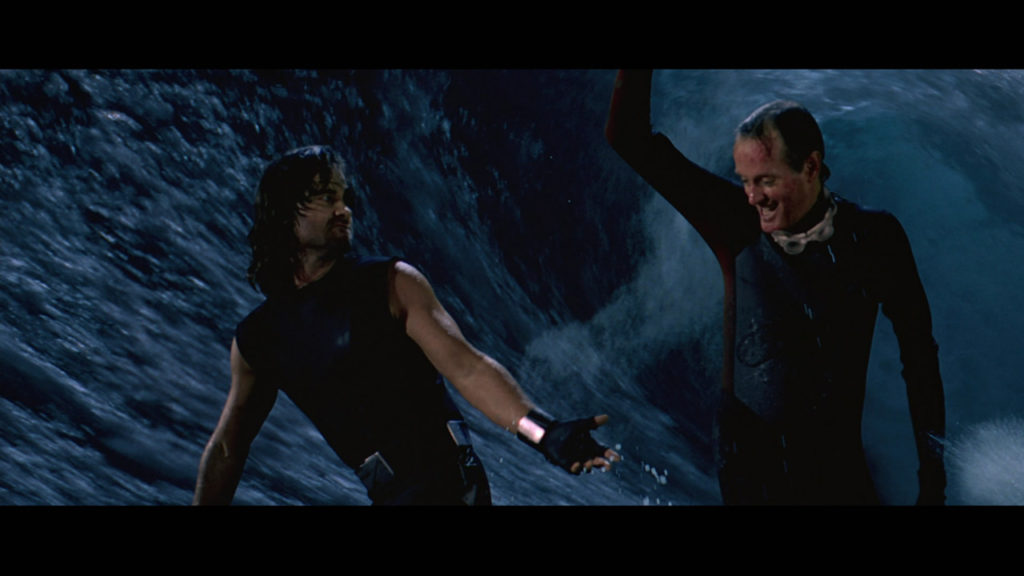