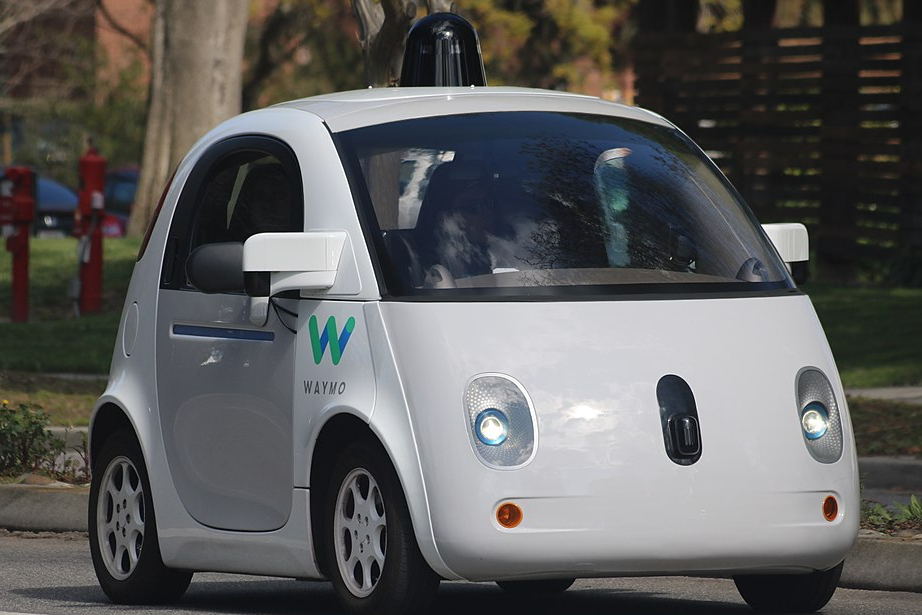 Where are driverless cars taking us?

Since Mr Benz unveiled his patented motor-wagen, the car has helped define the way we imagine our future, as the most intimate expression of man’s relationship with engineering.

Where bridges, dams and canals remain the boast of nations, automobiles are the boast of individuals. Where air and sea transport remain stubbornly mass transit (private ownership the domain of the few) automobiles empower us all, making each of us captains of our own little craft. Cars help define our position in society: our first  car is a passage to adulthood. Our choice of car projects our status where we choose to roam.

The wonder of wheels

Long a scifi staple, the driverless car is now becoming a reality
It makes sense that scifi writers have so often used the car as a defining element in their future worlds. From Back to the Future 2’s flying DeLorean to Mad Max 2’s ‘Pursuit Special’, the state of the car has helped define the state of the future and, more importantly, provided the means for adventure on a broad, dazzling canvas.

Still, when we observe the car’s progress in the 21st century, those of a scifi disposition can’t help but feel a pang of regret. Visions of flying cars, once contemplated as an inevitable evolution, have become a sort of punchline.

Worse, the car’s core appeal, that of a liberating symbiosis between man and machine, is under threat. As engineers confront the challenges of climate change, overwhelmed networks and our own safety demands, the driver is increasingly made merely another passenger. As the passing of steam ripped the romance from rail, could the end of petrol wipe out the wonder of wheels?

This month, The Engineer reported on a joint venture between Volvo and Uber to create a fleet of driverless taxis. Such automated traffic indicates a dreary future indeed: hardly what we’ve been led to expect by the chaotic cabs of The Fifth Element, or Red Dwarf’s ‘Hoppers’. Where automation has raised its head in scifi taxis, such as Total Recall’s ‘Johnny Cab’, our heroes have impatiently ripped it from its housing.

At war with automation

It’s here that we begin to see possibilities for stories. For the driverless car ‘revolution’ seems above all the fascination of giant corporations – the Googles and Apples of this world. Will individuals of the future submit so meekly to a chauffeured existence, drained of passion? We love our cars, and a forced transition to automation may be a rocky road indeed – particularly in the world of taxis.

A story could follow a band of black-cab drivers left destitute by the Uber hordes. Raging against the dying of their profession’s light, they wage a guerilla war on the automaton fleet; a hit-and-run campaign, where their unique knowledge of London’s streets allows them to evade capture. Peace talks get nowhere, until Uber officials consent to sit not across the table from their cabbie foes, but on seats behind them, communicating through a glass partition – that famously helpless position that gives cabbies the upper hand in any negotiation.

The conflict may spread. If we abdicate control of our cars’ performance, will we happily relinquish the status of speed? A story could take place in a world of totally regimented, creepingly slow traffic. Wealthy boy racers, denied the satisfaction of aggressive fast-lane antics, move from speed to height. Taking inspiration from recent Chinese bus designs, they commission towering bling mobiles carried on wheeled stilts – gold-leaf gondolas that sail above the obliging mass of homogenised epod vehicles.

But their elation only lasts for so long: motorway pirates emerge at street level, bands of former white van men and truckers, who abandon their pods, scale the stilts, and plunder the new tall ships for their treasure.

It may not all be doom and gloom. Perhaps parents, freed of the unique stress of the family drive, may enjoy a much increased lifespan? Perhaps the traffic jam, rather than a source of frustration, may become a centre for entirely new forms of human interaction.

Start-up company ‘Drive.ai’ is already testing automated cars with digital signage mounted on their roofs, using emojis to convey their intentions to other drivers. How might the use of such light shows evolve? Might the cars of the future, made of new meta materials, change shape and colour at our command, display becoming as much a part of human communication as the Peacock’s or the Frigate Bird’s?

We could follow the tale of two lovers, stuck in a crawling, endless traffic jam, drawn by each other’s intricate automotive displays. Deciding that they cannot leave each other, they programme their vehicles to reshape into a single new form, allowing not only their coupling, but that of the vehicles too – binding systems and engines into new ‘married’ forms.

When it comes to cars, anything is possible. JG Ballard said “the ultimate concept car will move so fast, even at rest, as to be invisible”. But it’s a fair bet we won’t see cars disappear just yet. Cars are too bound up with defining how we see the world, how the world sees us – and where we all are headed.

This article first appeared in The Engineer magazine in September 2016