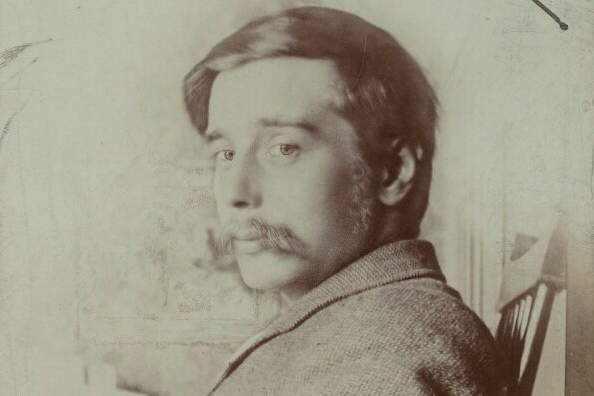 The shape of things to come – Mr HG Wells

Mr HG Wells, author of popular scientific romance The Time Machine, turns the pages of The Engineer for clues as to the shape of our future

It is with trepidation that I approach my new commission: to consider the engineering marvels of the moment and speculate on their application in this approaching 20th century.

The great minds of the age, from Baron Kelvin and Monsieur Eiffel to Messrs Tesla and Bell, may well peruse these pages as a matter of course, and what if such men were to look upon my suppositions and find them objectionable?

The enterprise could be deemed disrespectful, the equivalency of an astrologer lecturing professionals. Yet I persevere, for I believe such minds are as much afflicted by an impatient curiosity as is my own.

The engineer may look upon the works of the past century with satisfaction, his rate of achievement ever more precipitous. Yet his advances have not come without cost.

Well lamented are the depravations to which our working people are subjected in the service of mass production. Much felt too is the depression of the past few decades. We can be sure that what we invent in the coming century has as much potential for destruction as progress.

Here the speculator finds his purpose, as an enthusiastic but cautious force – a man calling to his friend perched on a cliff, reminding him to judge not only the plunge to the sea, but the powerful tide too.

We might look to the Paris skyline for a beacon of the potential change that confronts us. Monsieur Eiffel’s tower suggests a future where man solves overcrowding by living at height, stacked in layered towers.

We might well imagine a world where the workforce is moved about entire neighbourhoods of such lattices and platforms, like parts in a machine, ascending and descending between home and factory via Mr Reno’s escalators and Mr Ferris’s great wheels.

We might create a terrible future London, where towers are so densely packed that street level is a choking maze of smoke, and ruling classes perch on the city’s luxuriant rooftop, where the air is clear.

Monitoring their restive population via Kinetoscopes and electric sound telegraphs, the rulers fail to notice a new form of communication forged in the volcanic heat of the city’s core. A code tapped on metalwork, developed from Morse’s, allows a new Guy Fawkes plot to succeed – detonating a tremendous eruption of molten steel and iron, burning away the upper crust and levelling society once again.

Still, if our present century were dedicated in honour of a singular profession, the designer of bridges may well consider himself the pre-eminent candidate.

His ability to overcome the most daunting challenge has inspired and amazed. Napoleon’s Dutch engineers improvised crossings of the Berezina in a matter of days, saving an army.

Fowler and Baker’s Forth Railway Bridge took eight years to erect, yet leaves a mark as immortal as the pyramids. Now the Channel Bridge and Railway Company proposes a 21-mile crossing over the English Channel, composed of 73 piers, supporting a deck 46ft above the highest tides!

Here I cannot help but think of Messrs Tesla and Westinghouse’s hydroelectric power station at Niagara, and its remarkable alternating current. This is a revolution that promises, by subjugating nature’s forces, to unite both north and south of that nation through abundant, affordable power.

Why, then, should the Channel Bridge not serve similar ends? We might imagine future engineers fixing turbines in the Channel Bridge piers, harnessing tidal power for France and England alike, forbidding conflict through shared interest in a structure too precious to risk.

What of a dam erected at Gibraltar, lowering the Mediterranean and making vast new tracts cultivatable? Such huge undertakings might become quasi nations in themselves, growing myriads of balconies, buttresses and turrets to house an innumerable multitude of peoples dedicated to its maintenance. Interconnected by new railways and telegraphs, the sea ribbed by new causeways, powered by abundant hydro-electric power, the old borders could dissolve entirely into one great, Eurican body, the dams and bridges their main arteries.

Human prejudice, I fear, may still intercede – even at a time of plenty. For though borders fall and travel eases, we cannot say that Mau Mau, Pole and Turk would find welcome in Kentish pub or Bavarian beer hall.

We may imagine the tale of a band of English confederates, dedicated to the destruction of Eurica, and the restoration of borders both physical and social. Turning Herr Kroehls’ ingenious submarine craft to their purpose, they torpedo the Gibraltar Dam, unleashing a biblical flood, and plunging Europe into a new dark age.

Hark! I can hear my new readers’ dismay: “yours is a gloomy future”. Well, it may not be so. Our capacity for invention has the promise to eliminate need, and unify mankind. Yet, we should not forget our capacity for corruption.

Westinghouse’s electricity brought us the electric chair, as well as the Niagara Power Plant. Engineers’ power may serve the best and the worse of man; an alternating current indeed.

Mr Wells requests the Editor to state that those who have enjoyed his Engineer column might consider the work of Mr Jon Wallace, who is also much inclined to idle speculation on the nation’s future