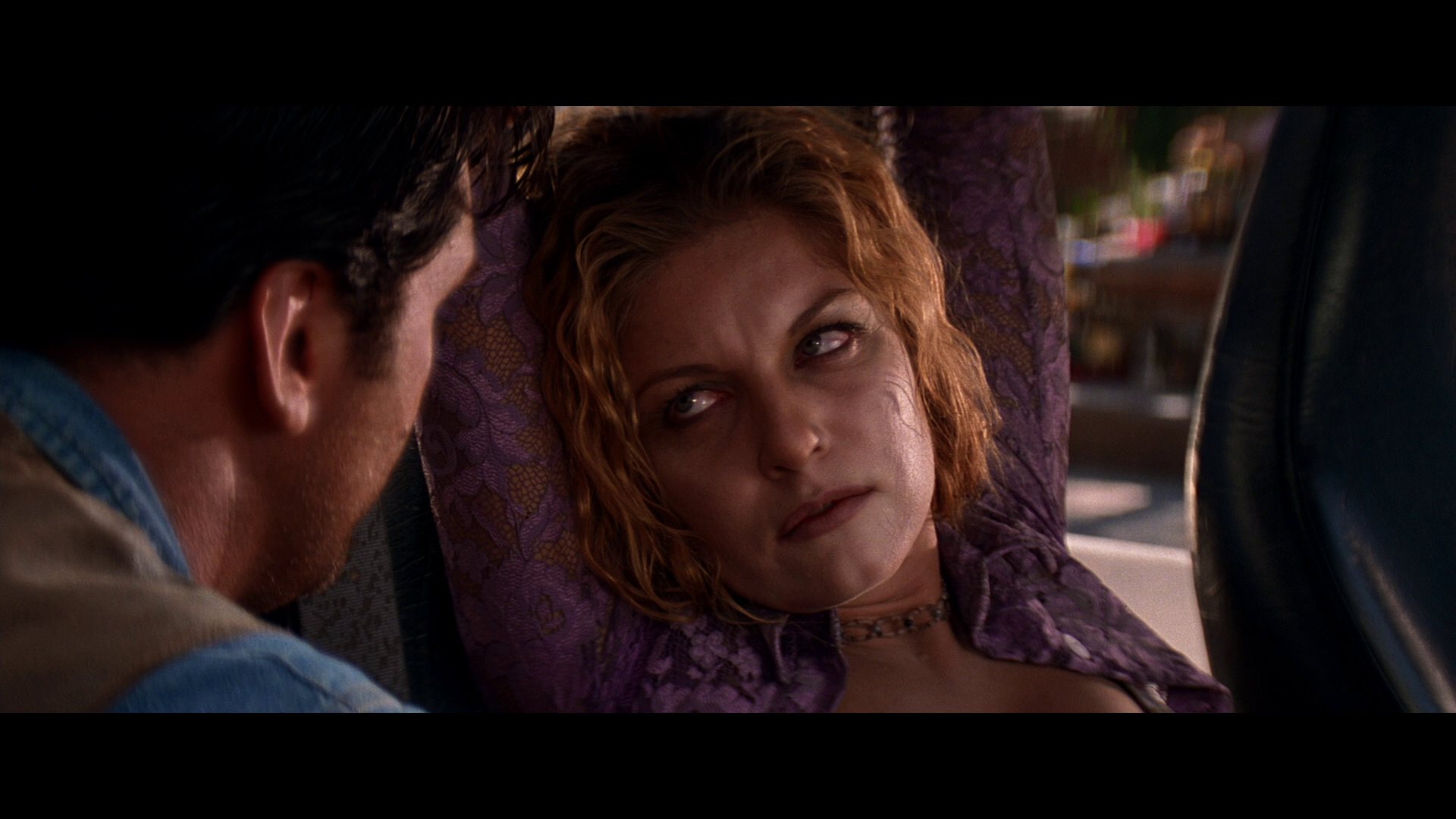 John Carpenter’s Vampires is a mess, but like other films in his later work, there’s a frustrating sense that things could have been better, with just a little rejigging. Not great, but a considerable improvement. A few zero-cost measures might have left a pleasant B-Movie flavour, as opposed to the aftertaste of failure.

There are things to like: there’s James Woods, offering up his usual absolute commitment to a part, chewing on the dashboard of his armoured truck and generally shooting and cursing intensity into proceedings. He sports one of his tallest ever haircuts, tight jeans and leather jacket, and leads a band of vampire-hunting desperadoes. That’s a decent recipe for some good honest hokum.

Then there’s the setting: sweltering New Mexican borderlands; beat up shacks and lonely motels. There are one or two nice sweeping shots of roads stretching to the horizon under big skies. Promising stuff.

But that’s about the extent of the good, which is frustrating, because there were some simple wins here that could have transformed the experience.

For crying out loud, make Sheryl Lee your baddie

Why Carpenter bothered with Thomas Ian Griffith as super vamp “The Master” is bewildering. Right there on set he had Sheryl Lee, an outstanding talent who is forced to spend the film tied up and panting, lumbered with the ‘turning’ victim part. Carpenter should have realised his mistake, tossed Griffith and cast Sheryl as the origin vampire. Nobody does possessed like her, and it would have elevated the film’s needlessly sleazy tone: the ugly sexual politics (nine actors are credited as ‘hooker’) serves no purpose in the story and dates it badly.

You also have Maximilian Schell hanging around by the way

Can we please see more of his crooked toothy grin? Ditch the rookie padre and give Schell pride of place as Woods’ Man-who-vatiCan. Whenever he’s on screen with Woods the effect is not so much chemistry, more a slapping clash of enormous sweaty hams, and makes for pleasing tosh. Giving us more of Max might also make us care even a little about the final betrayal.

Did I mention Mark Boone Junior?

Baldwin bashing is a cruel sport, but Mark Boone Junior, who possesses one of the most brilliantly corrupt faces in Hollywood, should have had Adam’s part. OK, he gets the one decent death scene in the movie, but he could have invested some schlubby charm in Woods’ faithful partner.

John Carpenter wrote some of the great soundtracks and clearly has every right to go on scoring his movies if he so chooses. But he would have been far better served to either have no music at all (see the opening scene) or pull out his own guitar and improvise a jangly meandering stripped back score for this dust blown, deep south vampire flick.

For a vampire hunting movie the action scenes are unforgivably dull. A Lee chief vamp would have pulled off the motel slaying with more aplomb, but mainly it’s a problem of horrible editing, with a weird addiction to cross fading and repeated depiction of a pretty unremarkable slaying technique. Giving up burning vamp extras and stripping it back to a hunt for Lee and perhaps one or two accomplices could have sharpened things up nicely. She’d have given him all the evil required.