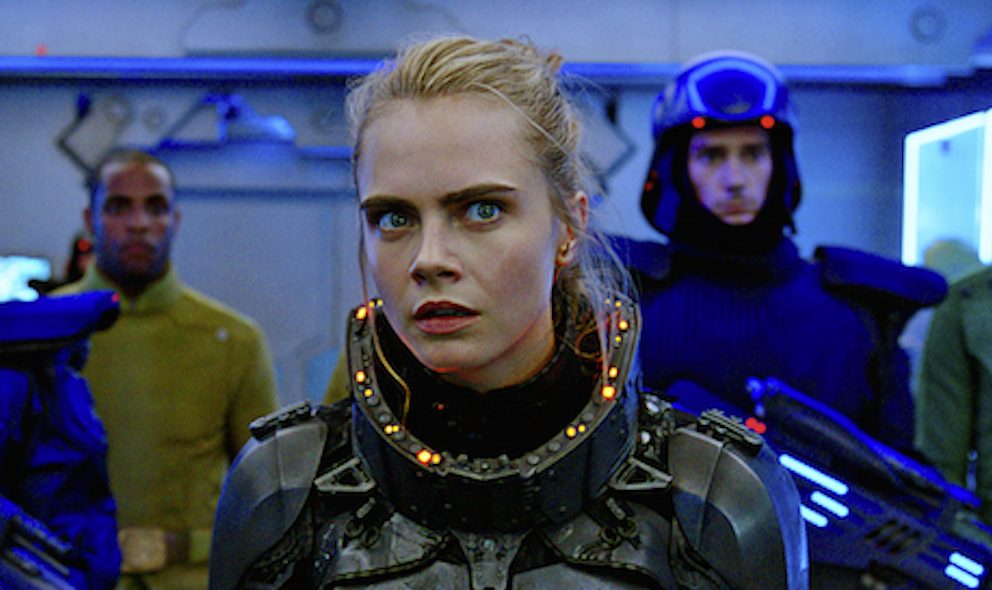 Luc, Luc, be honest: this is a first draft, right?

Because it feels an awful lot like that. Not that I’m complaining: there is something glorious, for anyone who’s sat through a screenwriting course, about a script with such utter disregard for the rule book. (You are aware there’s a book, right?)

So how in a thousand planets did you get funding for this madness?

Persuading anyone to fund your batshit, unreconstructed teenage fantasy script was quite a feat. Even your mates would have thought twice. Don’t get me wrong, I’m pleased to hear it can be done, but they cant have read this thing before signing up. Either you just wowed them with cool concept art, laying on the spaceships and monsters, or you’re a truly outstanding pitcher. Maybe both.

Seriously Luc – Valerian and Laureline are the most hatefully smug characters we’ve seen from you. Corbyn and Leelu they ain’t. In fact there’s barely a sense of humour to be found in the picture, which is unusual for you. Still, we did get a laugh watching you charge the story down blind alleys, then slowly reverse it out, with all the grace of a beeping garbage truck.

I have a strange compulsion to defend it to anyone who asks. Why? Is this the same black Besson magic that persuaded Clive Owen aboard? No, it can’t be. It must be the incredible beauty of the thing. It must be your sheer, breathless enthusiasm. It must be the way all your films resolve by invoking love as the universe’s decisive force.

What’s this phrase that keeps repeating at the back of my mind? Did you put it there?