The great thing about iplayer is that it has has a narrow selection of movies, which is a nice alternative to the scrolling endlessness of Amazon Prime and the like. The streamer is compelled to give more consideration to the black and white business on offer. There are gems to be found.

The Quartermass Xperiment is one such. Not a classic, by any means, but creeping close mainly through Val Guest’s direction and some extraordinary music from James Bernard, who knew Benjamin Britten, was a classmate of Christopher Lee. and went on to compose Hammer tunes for movies like The Hound of the Baskervilles and The Devil Rides Out. Guest went on to do all sorts, including The Day The Earth Caught Fireand When Dinosaurs Ruled The Earth.

The film has a spooky, taut atmosphere and rich, noir look. There are wonderful long, swooping shots over spotlit night scenes and through a beautiful, harsh London. There are powerful images – of the V3 rocket ship, its nose buried in the earth; of its grainy, flaring black box footage; of the lights going out on Battersea Power Station; of Quartermass walking through dots of light. 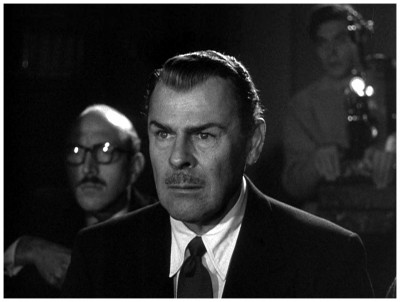 Quartermass:
There’s no room for personal feelings in science, Judith

The cast, well they’re a bit odd. The cause is Quartermass himself. Casting Brian Donlevy was an outrageous decision, however you slice it. Hammer hired him to market their movie for almighty US dollars, and presumably he possessed some quality a bunch of clueless Englishmen thought quintessentially American.

They were right. He couldn’t be more American. And that’s the problem. Donlevy’s otherness among all the Britishers is richly bizarre. With his long face, bullet shape and rat-a-tat Hollywood delivery, he seems like he would be far happier hunting communists than kicking about London with these goddam limeys. His presence creates powerful tremors in the English setting, as if everyone is performing during an earthquake.

His character is entirely out of sync. Nobody ever refers to Quartermass as ‘Doctor’, or ‘Professor’, or explains how the hell he fits. All we know is that he is some kind of freelance Nasa, whose every hare brained scheme the public are delighted to swallow. The British characters happily accommodate him, but take care to talk him out of his more vulgar ideas (like deploying ‘dynamite and flame throwers’ when the creature gets loose in Westminster Abbey).

The performance certainly can get very funny. There’s a wonderful passage between Quartermass and Doctor Briscoe. The Doctor explains the condition of Victor Carroon, the broken shell of an astronaut they rescued from a crashed spaceship: Victor’s bone structure has changed, his skin is falling off, and he’s clinically dead. Victor’s wife enters the room and asks how Victor is doing. Quartermass replies: “He’s coming along fine.” 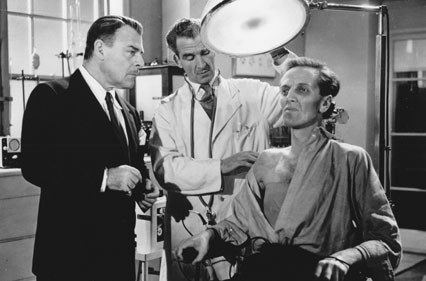 When they’re not being knocked about by this Yank Tank, the rest of the cast are very good. Richard Wordsworth is excellent as Victor, pulling off a Boris Karloff Thing with aplomb. There’s a splendid, lively turn by Harold Lang as Christie. Jack Warner is hugely likeable and despite a weak part shows why Dickson of Dock Green would last for over twenty years.

Twitter says that X: The Unknown, a kind of sequel, is also on iplayer. That’s tempting, but it’s worth also considering Rififi, a French noir that was originally screened alongside Xperiment. Rififi was directed by Jules Dassin, who was blacklisted for UnAmerican Activities. Who knows, maybe it was DonLevy who shopped him to the Feds? 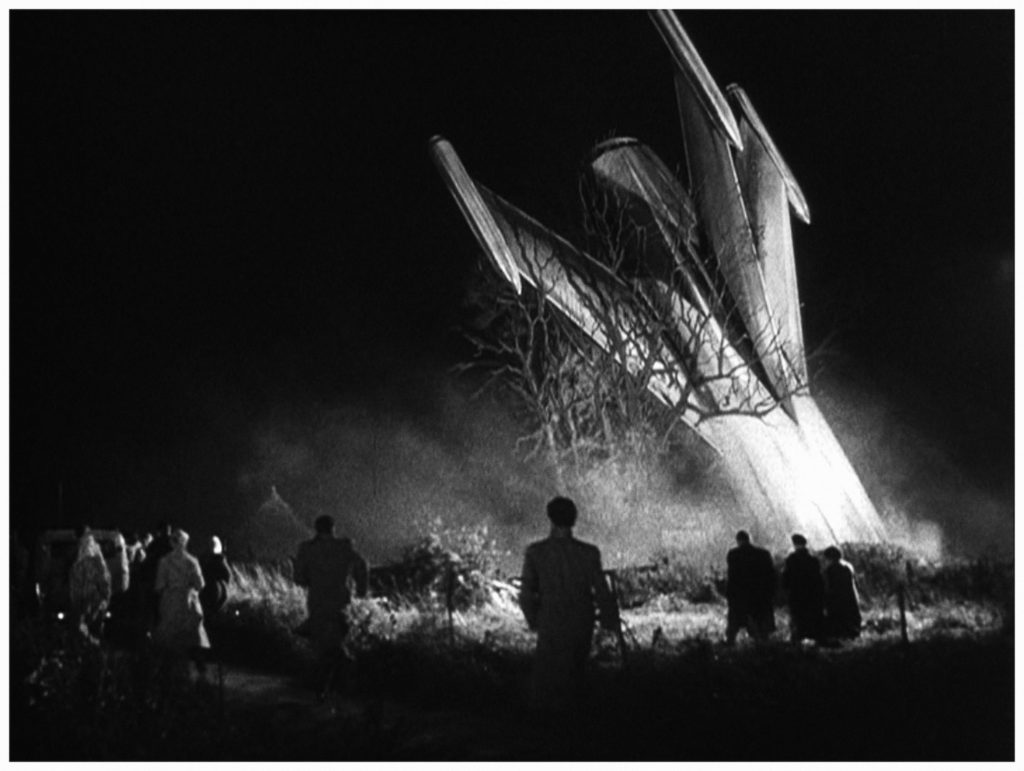