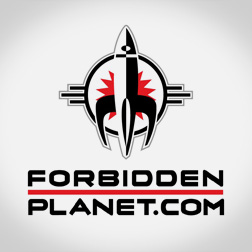 So I’ll be popping up at Forbidden Planet in London on 25 June to do a signing of book two in the Kenstibec series, Steeple. It was great to launch Barricade there last year and I can’t think of a better spot to reveal Steeple to the world.

My blurb for Steeple:

Kenstibec was a ‘Ficial’, an invulnerable, emotionless life form. He was designed to build a better world for humanity, but that didn’t work out. The war between people and the Ficials laid waste to his country and, worse, left him mortal as any man. Now, living secretly among his sworn enemy, he sets out on a mission to reclaim his Ficial strength. All he has to do is climb the battered remnant of a huge, impossible skyscraper that looms over the ruins of London. It’s going to be another long journey – chased by cannibals and attack drones, through crawlspaces and lift shafts, up the crumbling edifice of man’s last great monument to greed.

Delighted to say that it’ll be a joint affair with Gollancz debut, Al Robertson, who’ll be signing his new book “Crashing Heaven”. I heard Al read at Eastercon and his book sounds extremely cool and well worth a read.

The blurb for Crashing Heaven:

With Earth abandoned, humanity resides on Station, an industrialised asteroid run by the sentient corporations of the Pantheon. Under their leadership a war has been raging against the Totality—ex-Pantheon AIs gone rogue.With the war over, Jack Forster and his sidekick Hugo Fist, a virtual puppet tied to Jack’s mind and created to destroy the Totality, have returned home.

Labelled a traitor for surrendering to the Totality, all Jack wants is to clear his name but when he discovers two old friends have died under suspicious circumstances he also wants answers. Soon he and Fist are embroiled in a conspiracy that threatens not only their future but all of humanity’s. But with Fist’s software licence about to expire, taking Jack’s life with it, can they bring down the real traitors before their time runs out?