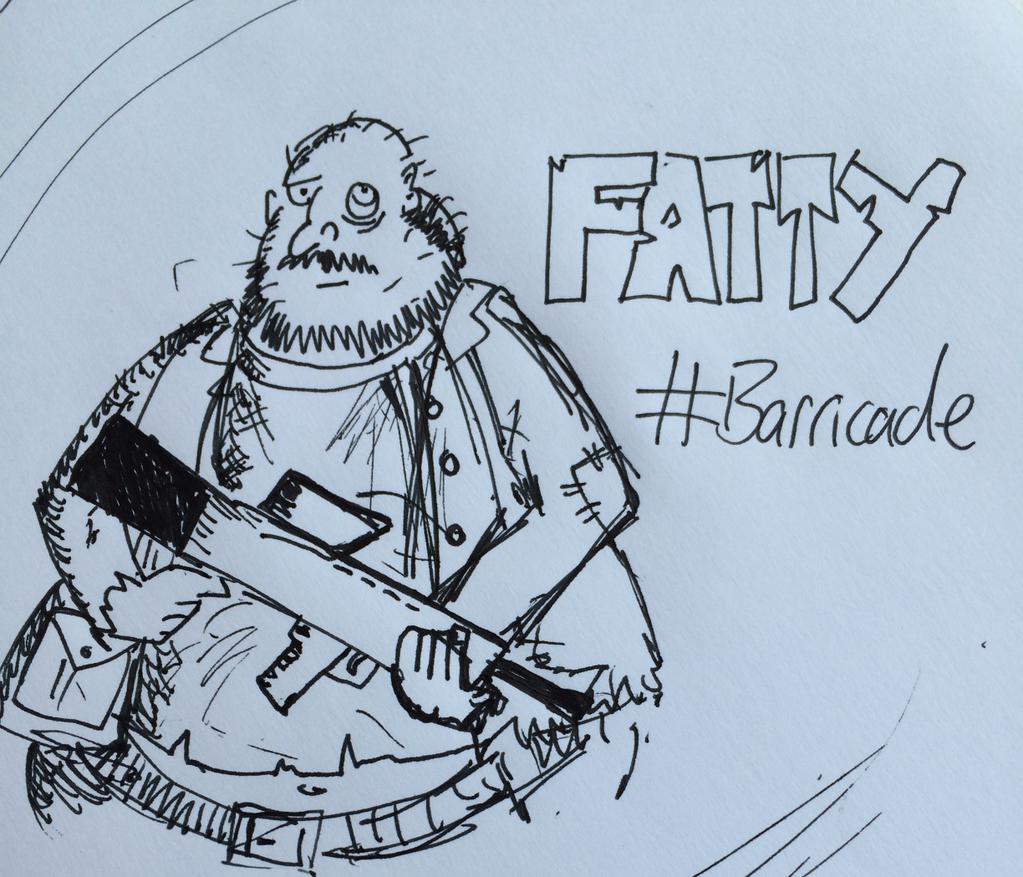 So I ran a little Barricade competition the other day, offering a few complimentary copies to the quick-on-the-draw of the Twitterati. Each giveaway featured a special doodle of main character, “Fatty”.

Congratulations to Scott Tucker, Tracey Shephard, S.R. Manev, and Lydia Ondrusek, all of whom had specially doodled copies posted to them last week.

It was fun to cartoon again. I used to draw my own comics all the time and now I find that I’ve missed it. I might have to produce a series of similar toons in the run up to the release of Steeple – Book 2 in the Kenstibec triology – which is coming in June.

Or I could get my rear in gear and finish Book 3.