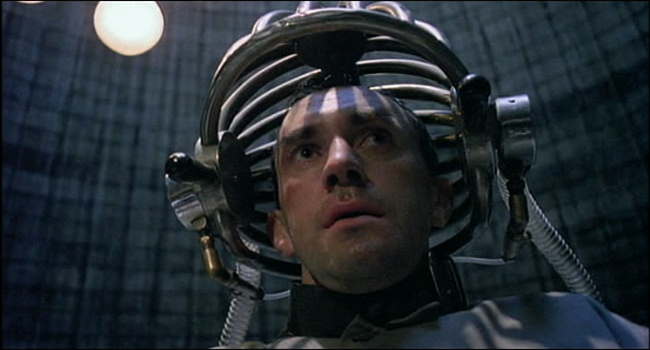 Science and fiction: why we need dystopia

Every now and then another article appears about a scientist, futurist or engineer who has a beef with gloomy scifi. The latest I’ve encountered appeared in Wired Magazine, where Professor Keith Hjelmstad lamented the “wet blanket” effect that dystopian science fiction apparently has on scientific innovation.

My instinctive reaction to such claims is part surprise, part fury. The first part finds it extraordinary that the advance of science might be so influenced by its practitioners’ scifi intake. The second wonders how these folk expect chirpy moon-shot optimism from the genre, when current news points to a future man who is not so much the pioneering star pilot as a carefully monitored data stream.

Then I relax and try to look at the criticism rationally. On reflection, it’s easy to understand where Hjelmstad and others are coming from – I have recently read Richard Morgan’s Takeshi Kovacs trilogy, Adam Roberts “By Light Alone” and “Do Androids Dream of Electric Sheep”, and while all were brilliant, they had little if anything positive to say about the way science will shape our future. The genre can be rather grinding in its relentless bleakness, and I certainly rarely read two pure scifi novels back to back.

I suppose the most optimistic imagination I have come across is found in the Iain M Banks novels. His Culture dominates space through a utopian society based on complete personal freedoms and benevolent artificial intelligence. I remember being delighted when I first encountered the cocky strut of the Culture’s people, especially enjoying the freedom they enjoy to do anything with their time, from death defying sport to changing sex. It was a refreshingly different setup, and a wonderful trick the great, much-mourned Banks pulled.

But even he couldn’t make much of a story out of that society – the majority of the action in his novels takes place outside the Culture, set among its imperfect and intolerant neighbours, be they Chelgrian or Idiran. Why? Because Banks needed an adversary with which his characters could grapple.

The same goes for Star Trek. Sure, all races and creeds work together in Roddenberry’s vision. But even devoted viewers of both the original and TNG series spend a lot of time half asleep, waiting for an episode where Kirk and Spock to fight to the death, or Ryker goes mad in a space asylum.

This is where moaning about miserable futures is really missing the point. To propel a story you need conflict. So when writers create new worlds they are naturally drawn to oppressive, cruel futures. These offer their characters restraints to struggle in, overlords to flee, injustice to fight and most of all, intrigue. All these elements are essential if you are to get your readers flipping pages.

So it does niggle when the suggestion creeps in that science fiction writers are just miseries who can’t see the benefits of science. That’s not the case at all, they are simply wondering how human drama might play out under different conditions. If the stories they created only took place in healthy, corruption-free meritocracies run on abundant clean energy, you’d quickly have your readers yawning.

And I’ll tell you now:

I want scientists to spend their days absorbed in dystopian fiction – those who do are far more likely to innovate for a better future. A scientist who is uncertain about the future is a cautious, thoughtful scientist.

It’s the confident ones you have to watch out for.