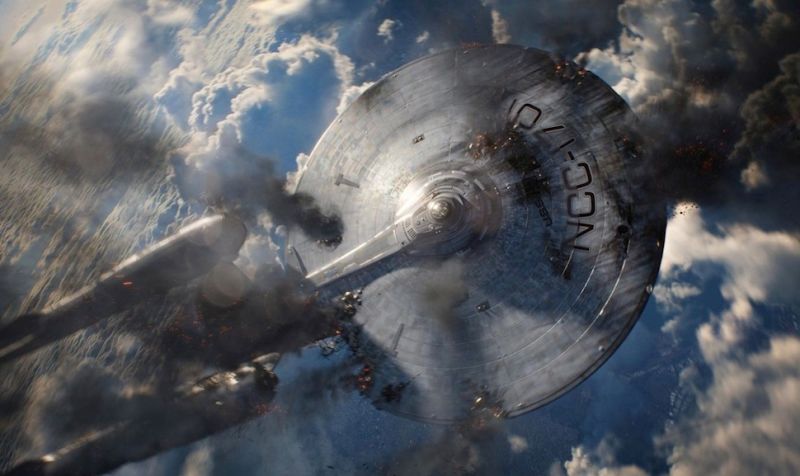 I am a big Wrath of Khan fan. For me it is the only completely satisfying Star Trek film before the 2009 JJ Abrams reboot.

There are other honourable efforts. The Undiscovered Country (Star Trek VI) has a great story, but the cast are so wrinkled and puffy it rather lacks vigour. First Contact, the only good Next Generation movie, is another favourite of mine – but the Zephram Cochran sequences are a wink away from panto, and beg to be fast-forwarded.

So it was that when I saw the first Abrams Star Trek effort, I was rather pleased. It found a simple, elegant way to respect the legacy of the original cast, yet go on to tell its own stories.

Crucially they pulled off a great casting job. Chris Pine as Jim Kirk more than delivered, nodding to the best of Shatner’s outlandish style without descending into outright parody. I was shocked and delighted by his performance, having been certain that I would loathe any attempt to replicate or replace Shatner.

The other parts do not quite scale the same heights – Spock wasn’t quite there for me, while Scotty and Bones produced little more than misfiring impressions – but all in all the thing was a surprisingly pleasant experience with plenty of potential.

The plot was slight, but I could forgive that because the film looked great, barrelled along (which Star Trek rarely achieves), and at least recognised the Kirk/ Spock dynamic as the heart of the piece. It was a decent start. I had big expectations for the next movie.

So it is that I feel a little crushed by Star Trek into Darkness. The movie’s defining image, of the Enterprise hurtling powerless back down to Earth, is an appropriate one. It’s an odd film, because it surrenders all the fresh, virgin territory it fought so hard to win in the first movie – in favour of a creatively bankrupt reheat job.

I had deliberately read nothing about the movie, or even watched more than the original trailer, so what Khan rumours I had heard didn’t concern me when I took my seat in the cinema.

I actually ran with the movie for the entire first half, delighted to see Peter Weller taking up an aggressive bad guy part and intrigued by the possibility of a really strong Klingon based story – perhaps some brilliantly conceived box of tricks that would build to the outbreak of war and set up a third movie.

Then Cummerbach said “Khan” and everything raced off into a shrieking muddle. Suddenly it was grasping at the coat-tails of an illustrious predecessor in a way that the first Abrams movie, whatever you think of it, had made entirely unnecessary.

There is, from a writer’s perspective, no need for the film to become such a deformed and inbred creature. No need at all. Even as it stands the plot is doable without the weird swerve into impersonation and leaden homage.  Cummerbach’s villain could have survived almost unchanged as an entirely new character without affecting the arc of the story.

So what is the purpose of stamping him with the name of a much loved figure from the past? It doesn’t help the story along, only pulls it in several directions – and I assume it can only have made those who know the original cringe.

At its worst, the film’s tribute act is plain embarrassing –witness the switcheroo re-enactment of the conclusion to Wrath of Khan. It plays like a drunken fan fiction experiment, then tosses any trace of impact via a resurrection device worse even than planet Genesis. At its best the film is merely laughable, like some wretched youtube tribute act – just watch Spock’s Shatner howl, if you dare.

I don’t think Abrams will make a third Star Trek, and critically at least he seems to have gotten away with this. And I suppose to someone who has never seen Wrath of Khan, Into Darkness might have played well. Perhaps a different director and a whole new set of writers will make a success of a third and we can put this unpleasantness behind us. I do think the cast have a genuinely good film in them.

Abrams belongs with Star Wars. There’s a franchise whose fans are well used to feeling dirty. Kirk, after all,  hasn’t yet trekked into the darkness of a Vodaphone ad campaign.