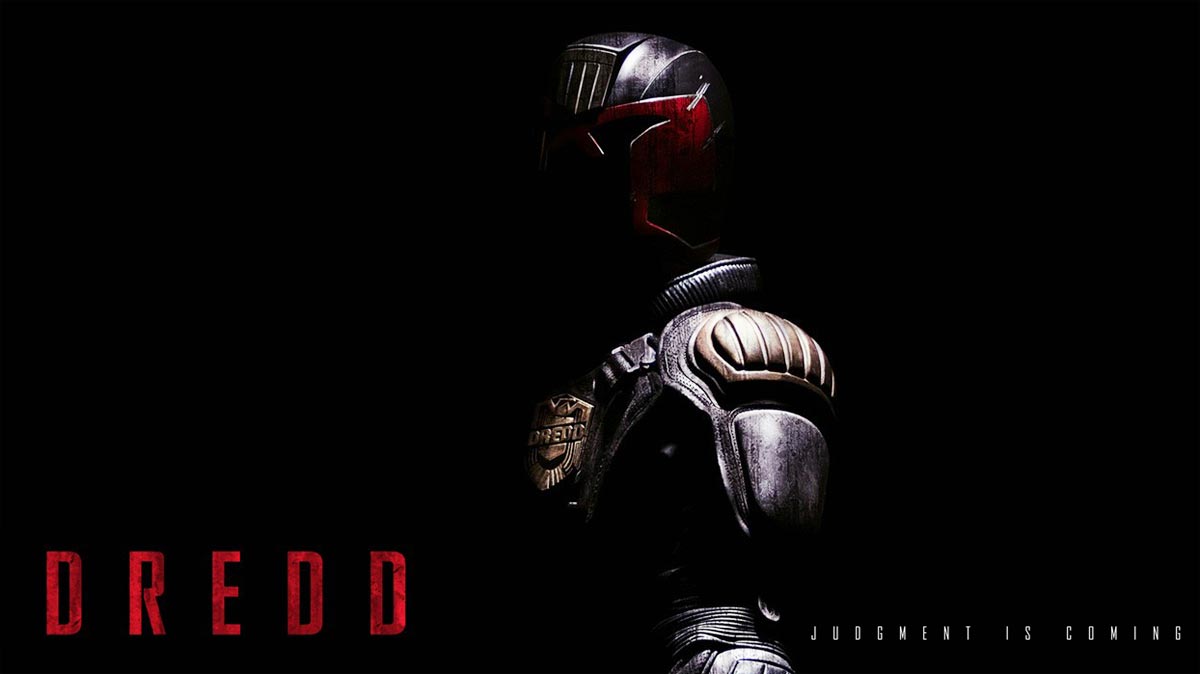 When I was around 14, I drew my own 2000AD comic. It was called Falk Point. It was about a group of disgraced Brit Cit Judges who were condemned to police the Falkland Islands.

The Falkland Islands, for God’s sake. There’s no question I was a weird kid.

In the story the lead character did a “Long Walk’, just like in the judges of Mega City One – only where the 2000AD Long Walk saw judges take on a hopeless quest to cross an irradiated continent, the Falk Point judge had to traverse… a small island. More a Bracing Stroll than a Long Walk, really. I threw in some Argentinian death robots, but they couldn’t hide the sheer ludicrousness of the story. Still, at the time I thought it was ace.

It shows how much 2000AD meant to me. When people at school teased me for reading scifi comics, I was content to dismiss them as hopeless fools. Nothing would drag me away from entertainment that good. I was an addict, losing myself in the boundless worlds and future histories the comics created. They meant infinitely more to me than Marvel and DC titles. They were more believable, more brutal and more fun. 2000AD characters weren’t heroes, they were killers and mutants. They didn’t moan about relationships or morality, they lived and breathed the worlds of their stories. I had my favourites: Rogue Trooper, Strontium Dog, ABC Warriors and Maniac 5 spring to mind – but I also loved the more outlandish stuff.

Harke and Burr was a brilliantly drawn curiosity by Dean Ormston, my favourite comic artist alongside Carlos Ezquerra. Calhab Justice was a gothic, creepy tale of judges in Scotland. Devlin Waugh “Swimming in Blood” was a stand alone comic that was quite, quite brilliant. And at the centre of it all, of course, was Judge Dredd. There seemed no limit to the inventive fun the writers and artists had.

I was always bewildered that nobody was making movies based on these stories. When Stallone’s abysmal Judge Dredd movie came along in 1995, I was sure that its hideous failure would simply provoke a good director to take over, dump Stallone and create an amazing second film. If they didn’t, I would do it for them. (My brother thought I should cast Dolph Lundgren as Dredd, as he was the only actor with the requisite chin). Then, over time, it became clear that I wasn’t a famous director. I put my comics to one side and forgot about it.

Then, last year, came the new movie. I’m not sure why, but I didn’t go and see it. Perhaps I was worried about it stamping on my childhood the way its predecessor had. Or maybe I was just too lazy. Whatever the case, I think my 15 year old self would have been quite disgusted if he found out I hadn’t camped out in the cinema. It was, after all, up to fanatics like me to ensure it got the audience it deserved. Now I learn that while it topped the UK Box Office, it tanked in the States.

And I feel terrible. I should have been there for Dredd. I have friends in the US and I should have hassled them all to go, and take five friends with them. Because from what I read online, the outlook for a second instalment doesn’t look good.

That’s a shame. It stands up really well. Penned by Alex Garland and directed by Pete Travis, it does just about everything right that the Stallone abomination did wrong, and proves that actually, it ain’t that hard to make a decent 2000AD movie.

Resisting the urge to drown the screen in CGI noise, Travis adds a dash of effects to create a wonderful Mega City One, augmenting recognisable urban settings with monolithic Mega Blocks, watched by circling future drones. Perps drive knackered VW vans, helping to ground the story and give you the sense, as 2000AD did, that this lawless dystopia might not be too far away.

Mega City One is a terrible, frightening place. A homeless man sits outside a mega block with a sign  reading: “Will debase self for credits”. As one judge says: “this city is a meat grinder. All we do is turn the handle.” True to the source this is an R Rated Dredd.

Garland does a wonderful job with the story, keeping it lean and suitably mean. He places Dredd in a ‘day-in-the-life-of-a-judge’ situation, concentrating on developing the character by bouncing him off a strong support cast. Olivia Thirlby is great as the psychic Judge Anderson, which is quite an achievement: Psychics are not easy to play – witness Diana Troy, by far the most irritating character in Star Trek TNG. Lena Hedley also turns in a good performance as the crime boss, Mama. It even boasts The Wire’s Wood Harris in a supporting role. Finally, Karl Urban does a great job as Dredd. He has a few killer lines (“It’s all a deep end”, “you don’t look ready”) moulds his chin into a suitably preposterous appendage, wields the famous Lawgiver expertly, and plays it with a certain ruthless cool that genuinely surprised me.

I could watch twenty more of these films, just like I read the comics. There is simply a limitless seam of stories waiting to be mined. It has established Dredd’s incredible world as well as it could have been, brilliantly laying the groundwork for what could be an extended franchise. But after doing some reading, I’m afraid it seems that might well be it for Dredd. And that’s a shame. Because the greatest accolade I can give it is that it made me remember my long lost love for 2000AD.

If you haven’t seen it, seek it out. Maybe it will help push through a second movie. Garland apparently started with a storyline about Judge Death, one of the spookiest and far-out ideas there ever was. Lets help him make that happen.

Now where have I put those comics?