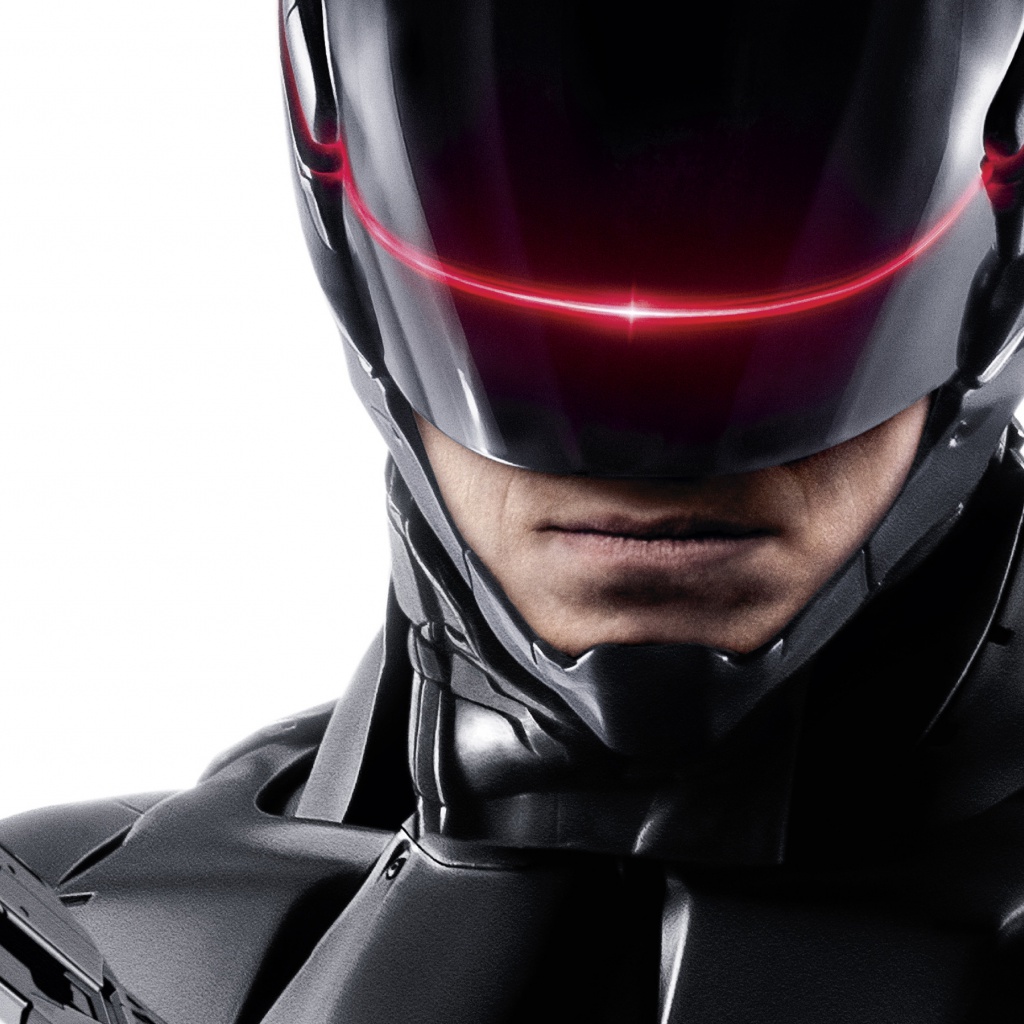 I wonder how Joshua Zetumer slept the night he found out his first produced script was going to be a Robocop remake? Not well, probably. On top of the excitement there must have been a cold current of fear in his blood. Because one thing is for sure: if you’re going to remake Robocop, you’re going to have to say something.

Paul Verhoeven’s 1987 original is one of a handful of scifi satires that manages to tell an exciting story and make a point, without suffering from pompous speechifying or violent mood swings. Its future world, an extrapolation of Reagan America to a violent, corporate mafia state, is wittily and believably established, without dragged heels or heavy hands.

The average cinema experience illustrates what an accomplishment that is. It is also a very difficult trick to repeat. I don’t think any of Verhoeven’s films are close to as clever as Robocop, and none of the original writers seem to have done much else. It has the feeling of a happy accident, and something uniquely of its time. Whatever the reason, it enjoys a powerful and enduring reputation. 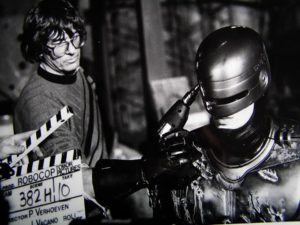 So, how the hell was Zetumer supposed to approach these large, clunky shoes? Well, Robocop 2014 begins with a hint that he might just carbon copy the method of Robocop 1987. The opening scene resurrects the original’s news device, once again showing America as a violent force in the world – but updated for the age of drones and prolonged occupations. You would presume that Samuel L Jackson’s “Novack Element” (read “O’Reilly Factor”), will then swing the spotlight back on the United States, and have fun satirising Obama’s morally panicked USA.

But you would be wrong.

It is surprising how the film shies away from looking modern America in the eye. Obama’s USA offers a wealth of topics for Zetumer to have fun with, not least mass surveillance, gun crime and the great recession. But the terms Snowden, Sandy Hook and Freddy Mack would mean nothing to this Robocop.

There is something in there about the morality of drones and drone warfare, but none of it is examined through story, only via lumpen court and newsroom debate – and purely in terms of judicial killing, without reference to drones’ primary role of keeping an inescapable eye on us all.

That is really problematic – a film about future law enforcement that doesn’t cover eavesdropping? The film is utterly ambiguous on that point. If anything the surveillance society is a positive influence in this film, hi-def CCTV footage helping Murphy solve his murder.

Even if it were better handled, any message about restricting military tech on US streets is doomed to failure when the film has such a massive hard-on for military technology. The makers of 2014 Robocop love guns and gunfights: a plot point (that goes nowhere) even hangs on a particular caliber of weapon. The 12A certificate, bloodless shoot-em-ups are about as real as a videogame orientation sequence, and contain nothing like the brutal and disturbing mutilation by handgun Murphy suffers in Verhoeven’s original.

The new Robocop doesn’t even bother to show us why OCP deploys Robo-Murphy in Detroit. The original’s Detroit was a lawless war zone, a jobless wasteland on the brink of anarchy. This time around the city is barely glimpsed, only viewed from the air or blurred behind Robocop’s motorbike. All we know of its citizens is that they cheer him when he drives by.

The script and director feel more comfortable in lab settings, where they can have fun with Robocop’s physicality and explore the one genuinely new character in the story: Gary Oldman’s scientist. His efforts to help Alex Murphy through the process of becoming Robocop take up a large section of the first half and present the one interesting avenue the film does explore: the psychology of becoming more machine than man and living with catastrophic body trauma.

Some of the most successful moments in the film were actually those I was most dreading: I didn’t like the sound of Murphy retaining his memories, but it works fine. The scenes of him waking up, seeing a mirror and asking to die, through to his first skype conversation with his wife, were well done and finely acted. 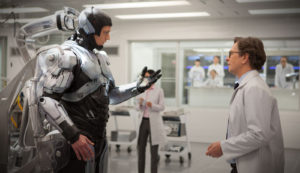 But this new area doesn’t get the space it deserves. Robocop’s reconciliation with his wife is wrapped up with a bow on it (turns up at his old house, she rests her head on his big metal chest – boom, healing complete) and his child doesn’t run away screaming the way you might expect the poor little mite to do. No, they are just there for him, right from the beginning.

There is an interesting idea about Murphy’s brain chemistry being altered, to make him an unwitting prisoner to his programming – but the film doesn’t have any time to explore it or figure a way around it. So in the end we’re asked to swallow simply that free-will beats software – which is just a bit unsatisfying compared to Verhoeven’s solution:

This is a big problem for Robocop 2014. The script just doesn’t fizz as it should. Oddly enough most performances are good, with Keaton, Jackson and Oldman giving it the beans throughout. Joel Kinnaman does a good job as Murphy as well. But they barely have a good line between them. The original is famous for its sharp, brutal dialogue: “lose the arm”, “bitches, leave”, “I’d buy that for a dollar”. It’s packed with caustic exchanges between grotesque suits and hoods: more a freak show ensemble than well drawn characters, but highly entertaining in their way.

That’s Robocop 2014’s final failure: the best it can do is quote the original, deploying a series of progressively skin-crawling allusions that can only make you think:

“What is the point in all this?”

There is a good little body-shock scifi movie in there about a man going mad inside a machine. It wouldn’t be Robocop, but it would be inspired by it, and left alone it might have grown into something great, with space left over for all the gunfights you could ask for. Instead Zetumer, by all accounts an astonishing talent, has been shackled by some producer’s numb-brained “must have” Robocop checklist. It’s a shame, but I guess it’s just the way Hollywood works at the moment. It was a hell of a first gig for Zetumer, but he’d better get used to it. As Bob Morton would have it:

“That’s life in the big city.” 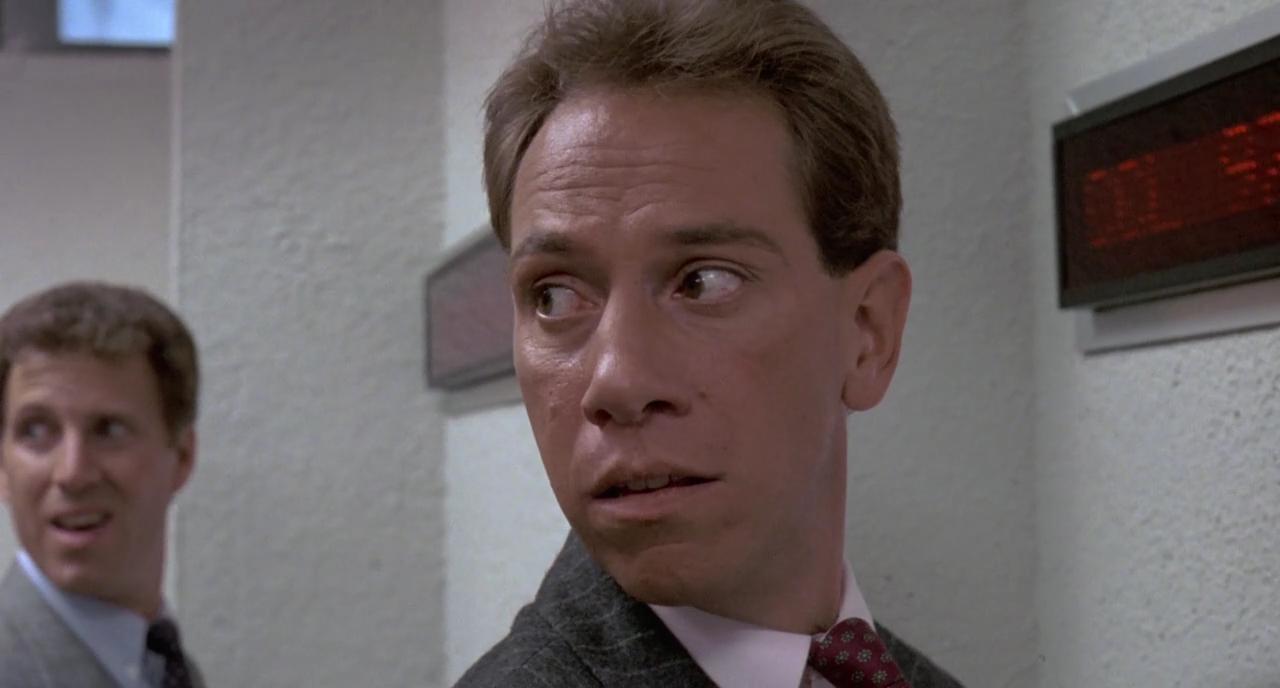