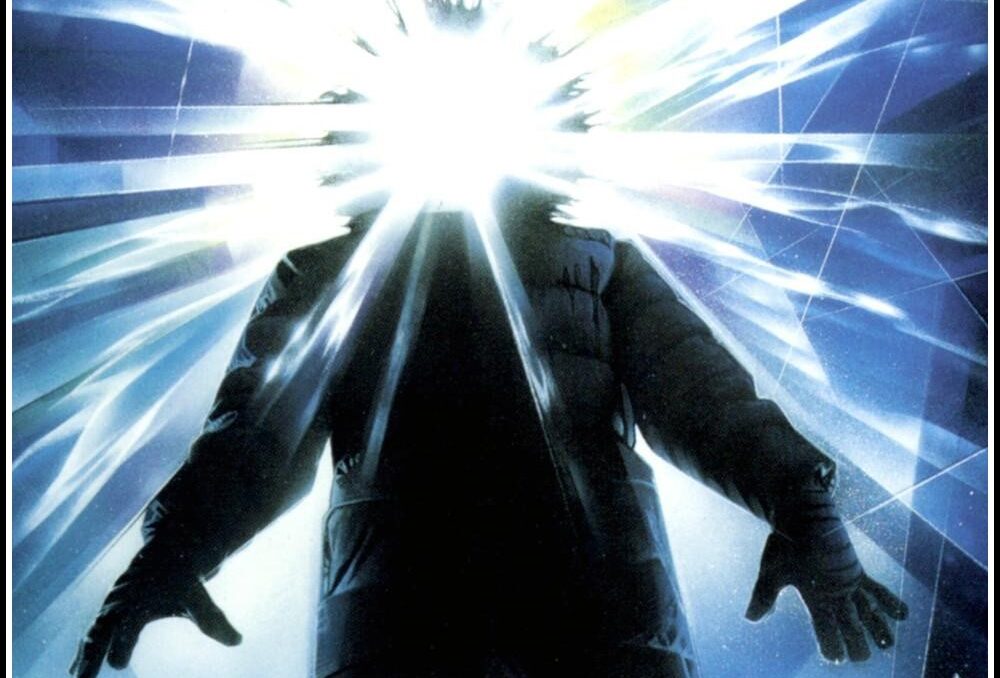 The Thing – and other things

2011’s remake of The Thing tries hard to live up to John Carpenter’s 1982 classic… and ends up impersonating the 1951 original.

The Thing has been left until last on this John Carpenter mission, because it’s hard to find anything fresh to say about it. Too much has been written in other places by better minds. Anyone with an interest in film is familiar with the movie, and has a pretty good idea of what makes it great: that beginning, that soundtrack, that poster, that ending.

Perhaps one slightly less trodden path is to discuss it in the context of remakes: there is depressing talk of a Thing for the 2020s, following 2011’s forgotten prequel. Carpenter’s movie itself was an echo of the ’51 Hawks picture Thing From Another World. Can the original or prequel tell us something about what makes Carpenter’s work so great?

Watching Thing from Another World as a child, Carpenter must have been struck by the untapped cinematic potential of the antarctic. There are some beautiful shots, like the air force Dakota banking over the snow.

The white wastes also provide a perfect setting for horror with a science fiction bent – far superior to any supernatural haunted house or forest. The surroundings here do not need to be possessed by evil spirits to kill: nature is quite brutal enough. Nobody can ride to the rescue, and there is nowhere to run if something decides to hide in your warm place…

But there are elements in TFAW that throw the modern viewer. The Americans here, half military, half scientific, have absolutely no doubts about extracting a buried prehistoric space ship from the ice using… dynamite. It’s one of the first laugh-out-loud moments in the picture. Worse, nobody points a finger or bickers when they inevitably destroy the ship in the explosion. Equally there are no debates about the merits of carting an alien corpse back to base as a consolation prize. Everyone just co-operates.

Perhaps it should be forgiven as of its time, like the rat-a-tat rhythm of the overlapping dialogue, or the scientist who sports a double breasted blazer. Perhaps TFAW should be excused as a period piece, haunted by post-Hiroshima geiger-counter-pandora-panic.

The point is Carpenter saw elements in the original that could lay the foundations for a far better story. The setting and premise mostly, and the idea of an isolated group being picked off as they rush from one danger to the next. TFAW was a retelling of Who Goes There? that was far from the definitive version: Carpenter was inspired to do better.

The first way that John improves things is by making the inhabitants of his Thing behave like actual people. These characters have no problem disagreeing. In fact, far from the can-do camaraderie of TFAW‘s characters, many of Carpenters boys seem to flat out dislike each other from the start. And nobody is much impressed by the army here. The only military presence is played as brilliantly ineffectual by Donal Moffat, quite different from the heroic command structure that endures throughout TFAW.

The makers of the 2011 prequel were not, by contrast, inspired to do better than Carpenter – but to pay homage. This makes the prequel, arguably, even more meritless than the remake.

At least remakers claim to have some improvement to offer. By making a prequel 2011Thing pretends to be telling a different story, only to rearrange the elements of Carpenter’s work to lesser effect. This is a pity, as watching the film you do wonder if there was a more heroic approach available.

This is not to say that 2011Thing is poorly made, or somehow insults the original. It wears its love for Carpenter’s work on its sleeve, a fan exercise in all but name. It’s efficiently made, with some decent performances. There are some promising ideas that are not fully exploited, including a language barrier feeding the characters’ paranoia.

But all in all there’s the familiar feeling of this being a redundant exercise. Modern effects do not provide reason enough to tell the story again. The effects in Carpenter’s movie are almost comic at times, even to viewers twenty years ago, but they are forgiven because of the strength of the story and atmosphere.

Indeed, one of the weirder elements of the new movie is that the characters’ foolish decisions are as glaring as they are in TFAW: are they really going to dig out the alien, pop it in a shed, and trot off to throw a party? Are they really going to perform an autopsy on a man-eating alien without even the most basic PPE?

These are as bad as any of the decisions made in TFAW. Carpenter, one of the few film-makers to actually follow through on what Ridley had taught the world with Alien, recognises that we’ll forgive characters their mistakes if they are reacting realistically to stressful situations. This is helped tremendously by the fact that, unlike the 1951 and 2011 protagonists, Carpenter’s characters do not invite the evil into their lives. They’re not so dumb as to dig it up. It walks into their lives.

One of the weirder aspects of 2011Thing is its echoing of TFAW. Here again the action is set in train by an alien monster being scooped out the ice and carried into their base. Why on Earth would you dig this thing out and drag it home without, say, discussing it a little first?

The ice beast isn’t going anywhere, right? Hasn’t done for millennia? What’s the rush here, people? When Carpenter’s Americans discover the Norwegians’ cut-open ice, we passingly wonder about the dead men’s motives – but then we go on with McReady and the rest. When we actually accompany the Norwegians on their expedition, as in 2011Thing, we quickly judge them a shower of morons.

Worse, the woken beast means we have to endure a monster hunt, which ends up every bit as tedious as the search for the Frankenstein’s monster/ space ‘carrot’ of TFAW. The sense is the writers are so keen to get on with replicating the structure of Carpenter’s Thing they are creating pointless problems for themselves.

Some echoes of TFAW are less explicable: Dr Halvorson, much like Dr Carrington, is an arrogant scientist so bent on understanding the alien he puts everyone in the station in danger.

The idea fizzles out, half baked, never really pressed to a conclusion. Carpenter understood that he didn’t need any evil human intentions in a situation where half the cast may or may not harbour hidden alien motives. Far more frightening are Blair’s noble and very human actions: trying to sacrifice his people before they understand the threat they face.

There were more heroic options on offer for the prequel’s script too. All it would have taken was someone inspired by, rather than in awe of, Carpenter’s film.

To begin with, there is an entire alien spaceship sitting there in the ice, just waiting to be played with. At no point does any character express an interest in exploring it. Well, maybe that would be as dumb as digging up the pilot. But all we know from Carpenter’s movie is that the craft has been damaged by the Norwegians at some point.

OK then, couldn’t the ship have swallowed up one of the Norwegians on its discovery? Couldn’t there have been a rescue attempt, with a large part of the story taking place on board? Couldn’t the alien have been dug up as a last resort by people seeking answers to an already spreading threat?

Instead the prequel ties itself in knots trying to recreate Carpenter’s situation, so that the beginning feels deformed, and the end is only a trailer for a much, much better beginning to a far superior film.

Perhaps that’s the key lesson from Carpenter’s movie: a remake works best when it’s not a clone of another work, but its child – with its own life. Mere replication is too often a predatory, ugly act. And should probably never be trusted.