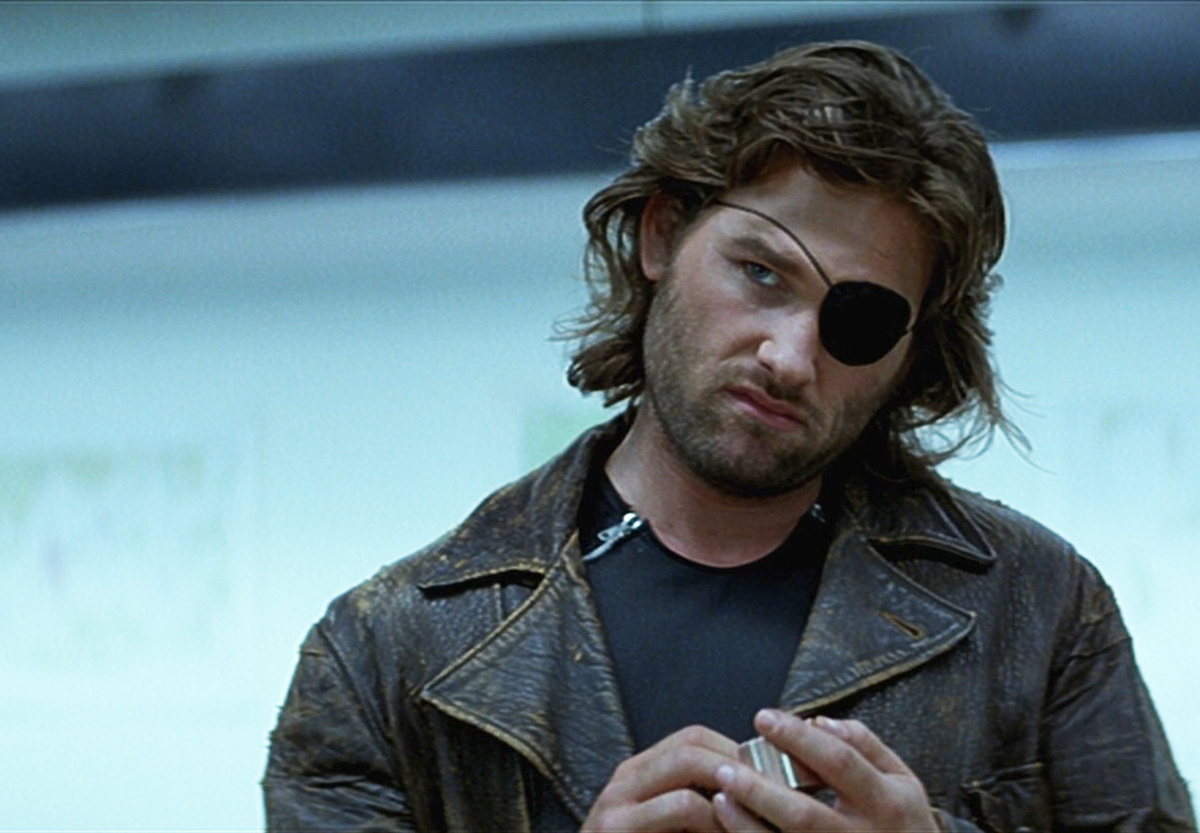 So much is written about Escape From New York already, it’s hard to know how to come at it. It’s harder still for me, because the film influenced my writing, to at least some degree. The theme of a walled-in, rotting future city, sealed off from a diminished imperial nation, must at least have tickled at the landscape of my debut novel, Barricade.

Now, pleased to say, I’ve found a way to review this flick, and inch this years- long “review every John Carpenter movie” project towards its conclusion. I’ll review Escape by looking one of its more devoted imitators – and not just any imitator, but one that also chimes with the story of Barricade.

While I was writing the book, I happened to read about a movie set in a walled-in future Scotland. This troubled me deeply. Barricade opens in a walled-in Edinburgh (though it leaves it swiftly) and for a while I felt like packing it all in: my idea had been pinched, I thought. Then I forgot all about this rival future Scotland tale and finished the book. More than a decade later, it popped up on Netflix and I decided to give it a go.

I needn’t have fretted. Neil Marshall’s Doomsday bears almost no resemblance to Barricade. It does, however, make some play of its love for Escape From New York – imitating it lovingly through its music and visuals, but with limited success.

Comparing the two becomes a worthy exercise. Doomsday’s mistakes throw light on what works about Carpenter’s original, and mirror the problems that dogged his later, lazier career.

In Escape from New York Carpenter serves up a trim, thrilling beginning: A wafer thin summary of the failed state the US has become; President Pleasance on a crashing, hijacked Air Force One; Lee Van Cleef selling Snake a shitty, desperate, gallows deal. The world is swiftly established and events set in motion. Doomsday shows just how tricky a feat that is, how easily proceedings can get bogged down explaining themselves. It’s a particular challenge with science fiction.

Doomsday takes far too long to set the plot loose. A charmless Malcolm McDowell voiceover drags us through the history of plague Scotland. That’s followed by an action scene to establish Rhona Mitri’s prowess with a pistol, a discovery of plague in London, a sudden appearance of a rather bored looking Bob Hoskins and scenes of Mitri meeting her team. It all feel very flabby, when compared to the tight focus on Lee Van Cleef’s guard post.

The state of ruined America is only alluded to in Escape From New York, never seen beyond New York, and it’s all the more effective for it. We only know that something insane and proto-facist governs, and that Snake is the closest thing this world has to a rebel. That’s enough to be getting along with.

Doomsday wants Mitri to mirror old Snake, but she is really given no opportunity. It goes to all sorts of lengths to show her losing an eye, mirroring Snake’s iconic outlaw costume.

But Mitri is neither press-ganged rebel nor troubled servant. She begins as agent of the corrupt state, volunteering in the hope of finding her mother beyond the wall. This could work if her ‘lost daughter’ motivation didn’t eat so much of our opening time, then fizzle away the moment it has served its plot purpose.

The finale of Doomsday implies that she is meant to have possessed Snake’s anti-establishment spirit, though there’s been no hint of it before. Curious, to wave the Plisken flag so hard then fail to make a rebel of her.

This wouldn’t be half so bad if somebody bothered to try and make her just bit…cooler. Watching Escape you notice that there aren’t that many great lines (with notable exceptions, like the eternal “The President of What?”), but there are enough – and Snake’s wonderfully irritated demeanour gives texture to his simple, crisp motivation: self preservation.

Escape-era Carpenter would have looked at Doomsday’s script and either committed to the separated-from-mother thing, or stripped it out entirely, recognising that simply having been born in Scotland doesn’t make her blend in to post-pandemic Glasgow the way Snake’s criminal reputation ties him to New York’s prisoners.

In Escape Snake enters the city alone and returns with his prize. In Doomsday Rhona is crowded by all manner of superfluous characters, not one of which possesses a personality. It all feels very unnecessary, and reminiscent of later Carpenter, which gets similarly cluttered up with dead weight.

There is a flavour of Aliens to the scenes of Mitri meeting her military escort, discussing their equipment. But damn it Neal, you’ve gone too far impersonating Escape to switch now. The film could lose every single one of these soldiers without a problem. The scene of the lit up wind farm, and the fields of cows, would be more effective with Rhona encountering them as a lone figure beginning a desperate mission in an alien world.

The film also can’t hold focus on one location. The rotting Glasgow sets are great, as is the McDowell castle, but the movie can’t accommodate them both. Escape-era Carpenter would pick one, and run with it. So for that matter would low-budget Marshall, who has but one forest to play our the excellent Dog Soldiers. Snake has one city to content with, one King, and a few repeating characters to help, cheat and spar with.

Doomsday‘s departure from Glasgow to castle McDowell is a wrench, denying us time in the punk society. A pity, as there are great actors sloshing around that could have been fleshing it out. Like later Carpenter, good performers go wasted. Why should Pertwee be burned alive without uttering a word? Why should David O’Hara have such limited fun back in London? The less said about Hoskins the better.

More fun could be had with Glasgow too: Carpenter’s New York is used to full effect: the Central Park shot is highly effective, as is the silent horde on Broadway. But so is every rotten anonymous space, where people come through the floors like rats, and brutalise each other under decaying cinemas. Doomsday could have used taking more time over Glasgow, settling properly, rather than lurching off into a mess of other influences for a jumbled final third.

All in all, the nicest moments of Doomsday are those that feel most like Marshall. The spattered, grislty, humour shown off in Dog Soldiers doesn’t quite come out to play as much as it should – though there are exploding bunnies – and you feel that believing in his own talent, on the premise of another super tight, claustrophopic storyline could have been a lot more successful for him and Mitri.

Still, I like things about it. I like that it predicts a ruined, alienated UK, on the brink of coup, revolution and plague. I am amused that a police Rover SD1 is supposed to keep up with a Bentley Continental. It finds favour as the work of an obvious and genuine child of Carpenter, Mad Max and 2000AD. In all these respects at least, it has the flavour of Barricade. It doesn’t tread on my work’s toes, but has the same spirit of gruesome fun.

There. That’s it. What, two movies to go now? I’m getting close people.