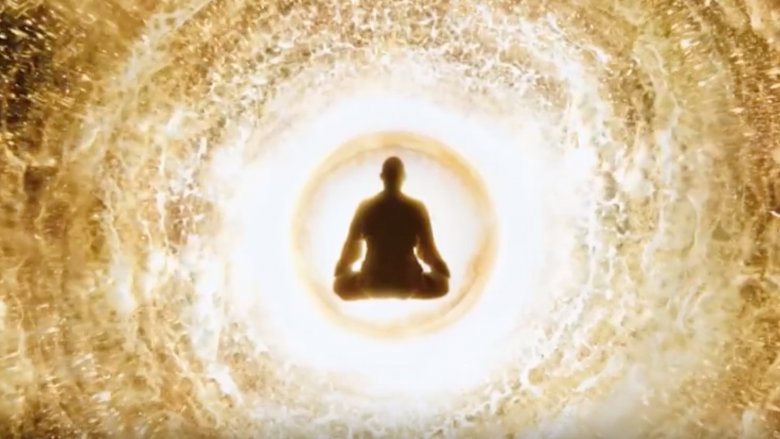 The Fountain is a chuckle, in the right way. The truly batshit can be fun, and for a while the sheer unpredictability of the picture is enough to carry us by space bubble all the way to Xibalba. Unfortunately, as the soundtrack grinds on, a sense of frustration sets in as two promising stories are smothered.

Perhaps it was a necessary lesson for our Darren. Where Requiem for a Dream gave viewers a relentless beating that somehow seemed worth talking, and the Wrestler and Black Swan hold super-tight focus on two tortured individuals, The Fountain, coming between them, sees Darren reach to exceed hyped expectations and get in trouble. He tries to hold our interest in three separate Jackmans (three separate Pitts, as originally planned, would have fared no better), and we are flared between conquistador, doctor, and baldy tree-hugger, without getting a chance to settle in and begin to give a sufficient damn. All for the sake of saying some nice but ultimately not hugely interesting stuff about eternal love.

Trying to hold our attention in three concurrent stories seems like stubbornness on the part of Darren – maybe the result of losing his first choice stars. Surely he should have dived headlong into telling the conquistador’s tale: of an insane royal mission to central america, to search for a lost pyramid, and the tree of life?

Here there are really interesting things to explore that seem unresolved and even irritating in the final film: are we supposed to root for Jackman’s Cortés light? Are we intended to think that, however splendidly grisly (and woefully underused) Stephen McHattie is an an inquisitor, his opponent Queen Isabella deserves to live for ever? This all feels incomplete and puzzling, especially when Darren’s inner horror fan would have relished submerging viewers in the jungle horror of the Spanish conquest. While he was at it he could’ve written a few more scenes for McHattie and charisma King, Mark Margolis.

That’s not to say that present day Jackman and his obsessive efforts to find a cure for his wife, aren’t interesting. Weisz and Jackman’s romantic high jinks are occasionally funny, and once again there’s a tale to be told: of Jackman completely losing his mind in search of a cure, losing his wife, then descending into a lunatic search to cure the “disease” of death.

We don’t really get either picture. We get baldy Jackman eating tree in a space bubble and fluttering between the two. It’s ambitious and nutty and not to be sniffed at: it holds the attention, and has a cracking idea for the fate of he who drinks the tree’s sap. Crazy films have their place. There’s just the slightest frustration that in the Fountain, Darren isn’t quite Darren enough.