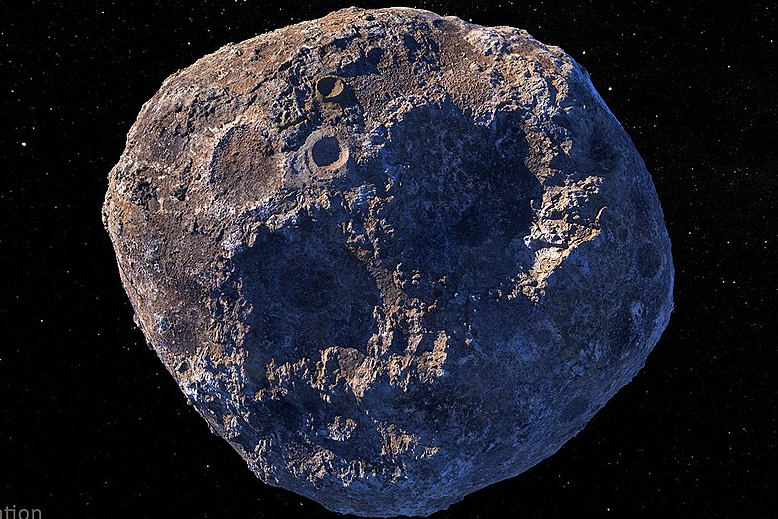 The enormous threat of the asteroid

Perhaps more than any other apocalyptic scenario, the asteroid strike holds the potential to expose humanity’s hard-won evolutionary supremacy as little more than a brief spark in an unimaginably vast darkness.

The more we learn about asteroids (or ‘near-Earth objects’) the more we realise how helpless we are before them, and how blind we are to their approach. The threat is so enormous it satisfies both deist and atheist resignation. One before the wrath of a vengeful God, the other before cruel chance played out in an indifferent universe.

Most of us feel safer by losing ourselves in numbers: we read that the near-Earth asteroid 1999 AN10 will whizz by 380,000km away in 2027 – and suppose this sounds far enough. Or we say “looks like the grandkids will have a hairy 2095 waiting on 2010 RF12” and abdicate worry to the future.

Our minds seem well adapted to dismissing Damoclean threats in this way, although this grows harder the more we learn. Neither the Chelyabinsk meteor of 2013, nor 2017AG13 this year, were detected until they had already arrived. In such cases we recall animations of startled dinosaurs looking up at a ball of fire billowing across the Cretaceous sky, and our nerves jangle. Perhaps the fates won’t cut it, we think. Perhaps we should look into this.

So it is that The Engineer’s report on May’s Planetary Defence Conference gives us heart. The European Union’s Project Neotwist, we learn, aims to study the alteration of asteroid paths by use of a kinetic impact. In fact, this project is the lowest of our ambitions when it comes to asteroids.

The scientific community increasingly views the asteroid less as a hazard in the ocean of space and more as giant, floating goldmine. NASA is fast-tracking a mission to the 16 Psyche asteroid, a body so crammed with ore it might fetch £8,000 quadrillion in today’s market. No wonder entrepreneurs of all kinds, from the Luxembourg Grand Duchy to James Cameron, are backing enterprises to harvest Earth’s humble rocky neighbours. They think of them as our solar system’s ‘low-hanging fruit’.

Certainly they are rich with flavour for the scifi writer. The most positive asteroid tales are near-future stories such as Deep Impact and Armageddon, where the threat of destruction brings out the best in humanity via heroic sacrifice.

Here cruel fate is a benefactor, uniting mankind in the common cause of survival. Other scifi writers deploy asteroids in an opposite fashion, making them the engines of war between men – tales such as the Japanese animated series Metal Armor Dragonar, where the Lunar Empire uses mass driver cannons to bombard the surface of the Earth.

Of course, asteroids may be much more than engines of destruction. They make wonderful settings for story, as the squalid, slum dwellings of a harsh future frontier (TV’s The Expanse) or mysterious islands in the sea of space, where unknowable beings lurk – the gigantic Millennium Falcon-munching space slugs of The Empire Strikes Back and the psirens of Red Dwarf.

Perhaps it was 18th century astronomer Palissa’s decision to name the asteroids sharing Jupiter’s orbit ‘Trojans’ that inspired another group of tales, where asteroids are Greek gifts: huge chariots pregnant with trouble. Star Trek’s ‘For the World is Hollow and I Have Touched the Sky’; and Greg Bear’s Eon.

Here there is at least one idea for story. What if the asteroids in Jupiter’s two stable Lagrange points were colonised? Intended as launch pads for exploration of the Jovian planets, human solidarity is compromised by the discovery of alien life in Europa’s subsurface oceans: the last survivor of an alien race, a mermaid of extraordinary beauty.

She is promised in marriage to a Greek, but kidnapped by a Trojan; the Greeks launch a thousand ships to reclaim their bride, forfeiting progress in favour of impotent fury.

Perhaps the science of asteroid deflection itself could provide ideas? What of a future solar system where an unknown event causes the asteroid belt to spray the system with stray objects? A new role of gravity tractor driver emerges, people with the job of shepherding stray asteroids clear of Earth using a huge speciality space vehicle. These are considered the pests of the shipping lanes, slow-moving giants that create traffic jams. Disgruntled and vengeful, a group of drivers combines to carry out the ultimate ‘near-Earth object’ heist: stealing Earth’s moon, dragging it into Jovian orbit until a ransom is paid.

Or, finally, we could tell an alien story: a number of cults have predicted the arrival of aliens with asteroids and comets. What of one space-faring species that really does travel in the wake of asteroids?

Approaching Earth, they overhear the broadcast of a maniac cult predicting their coming. Impressed by this knowledge they beam up the broadcasters, presuming them to be the elite of their race. Realising their mistake, they nudge their asteroid Earthwards, to ensure no future passers-by are bothered by the same trick.

This article first appeared in The Engineer magazine in June 2017.