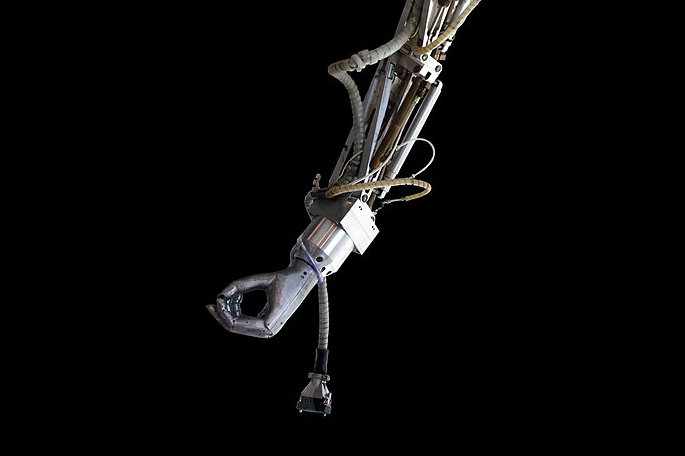 Robotic limbs: the future in our grasp

This month, The Engineer reported on A-Gear, robotic arm supports developed by researchers at The University of Twente as aids for those affected by Duchenne muscular dystrophy. The active support is designed to amplify residual function in the arm, restoring a measure of independence to its users.

This noble effort is one of many exoskeleton and smart prosthetic projects underway around the world. Applications range from Darpa’s Revolutionizing Prosthetics project (designed to create prosthetics for wounded US military personnel) to additional limbs intended to augment the human form.

Such projects make for exciting news. Perhaps more than any other branch of engineering, the robotic limb calls to mind science fiction, its rapid development serving as a kind of benchmark in the public consciousness for humanity’s technological advance. This is reflected in the reporting on such projects, which is often accompanied by headlines speaking of ‘Turning science fiction into science fact’.

The invocation of science fiction in this context is understandable. Artificial limbs have a distinguished history in the genre, helping to define hundreds of characters. They often appear in cinema: Rotwang’s black hand in Metropolis. The Skywalker family’s various prosthetics. Imperator Furiosa’s scrap metal paw in Mad Max: Fury Road. They play a big part in comic books too: see Dr Octopus’ tentacle arms, and Mean Machine Angel’s huge metal claw in 2000AD.

Such depictions use robotic limbs and prosthetics in fairly simple fashion. In film, the artificial arm is often limited to a biographical stain, a visual cue that imbues a character with a history of suffering and endurance. In comic books, the purpose is much the same, but can also make a monster of a man, endowing him with superhuman strength, or acting as a weapon.

This is where developments such as A-Gear can be a refreshing tonic for the science-fiction writer. They remind us not only of the tremendous positive potential of artificial limbs, but also suggest that robotic arms can serve as more than a visual cue, as the crux of a story.

It’s tempting to imagine bionic limbs being put to military use, as augmentations for the grizzled veterans of future wars – such as Lieutenant Rasczak in Starship Troopers.

But rather than battlefield weapons, might they serve as the arbiters of peace? A possible story could follow a designer of bionic limbs for use in some brutal intergalactic war. Sick of the conflict, she hacks the limbs’ brain computer interfaces, forcing soldiers on both sides of the battlefield to drop their rifles and vigorously shake each other’s hands instead.

Exoskeletons have also often been depicted in conflict: but A-Gear shows that exoskeletons promise most for those with limited mobility, using myoelectric sensors and brain interfaces to provide paraplegics, stroke survivors and the elderly with a new lease of life.

We might write about the adventures of an alternative Robocop. A centenarian policeman with a sharp mind but exhausted body is brought back to the force by means of a symbiotic, barely visible exoskeleton. His experience helps break open a case that stumps his able-bodied, younger colleagues.

Arms for an ex leper

The cost of artificial limbs has the potential to draw the science-fiction writer towards dystopia. We might imagine a world where metallic bionic arms have become an easily exchanged fashion accessory for the super wealthy – a diamond-studded Rolex that has spread over and become one with the forearm that sports it.

A story could follow some desperate future mugger, an amputee who steals a rich man’s claw. Wearing it, he soon discovers it can open all kinds of doors, acting as a pass into a world of privilege and debauchery.

Open-source designs promise a future of progressively more refined and cheaper products, created by their users for maximum comfort and utility. Perhaps those with limited mobility will create exoskeletons that benefit all humanity?

We could tell the tale of a Duchene sufferer who invents leg supports of such efficiency and capacity that the wearer can run great distances and barely tire. An alliance of shadowy oil executives dispatch a hit squad to assassinate him before his inventions destroy the motor industry. They try to run him down, but he’s wearing his prototype, and he outmanoeuvres and outruns their car.

However artificial limbs develop, the feedback loop between science fiction and engineering is strong: a decade ago this month author Margaret Atwood signed books in New York…while sitting in London. She did this by means of a signal beamed to a robot arm that tracked and duplicated her signature. In such a world, one thing feels certain: the more robot limbs advance, the more the future feels within our grasp.

This article first appeared in The Engineer magazine in March 2016.