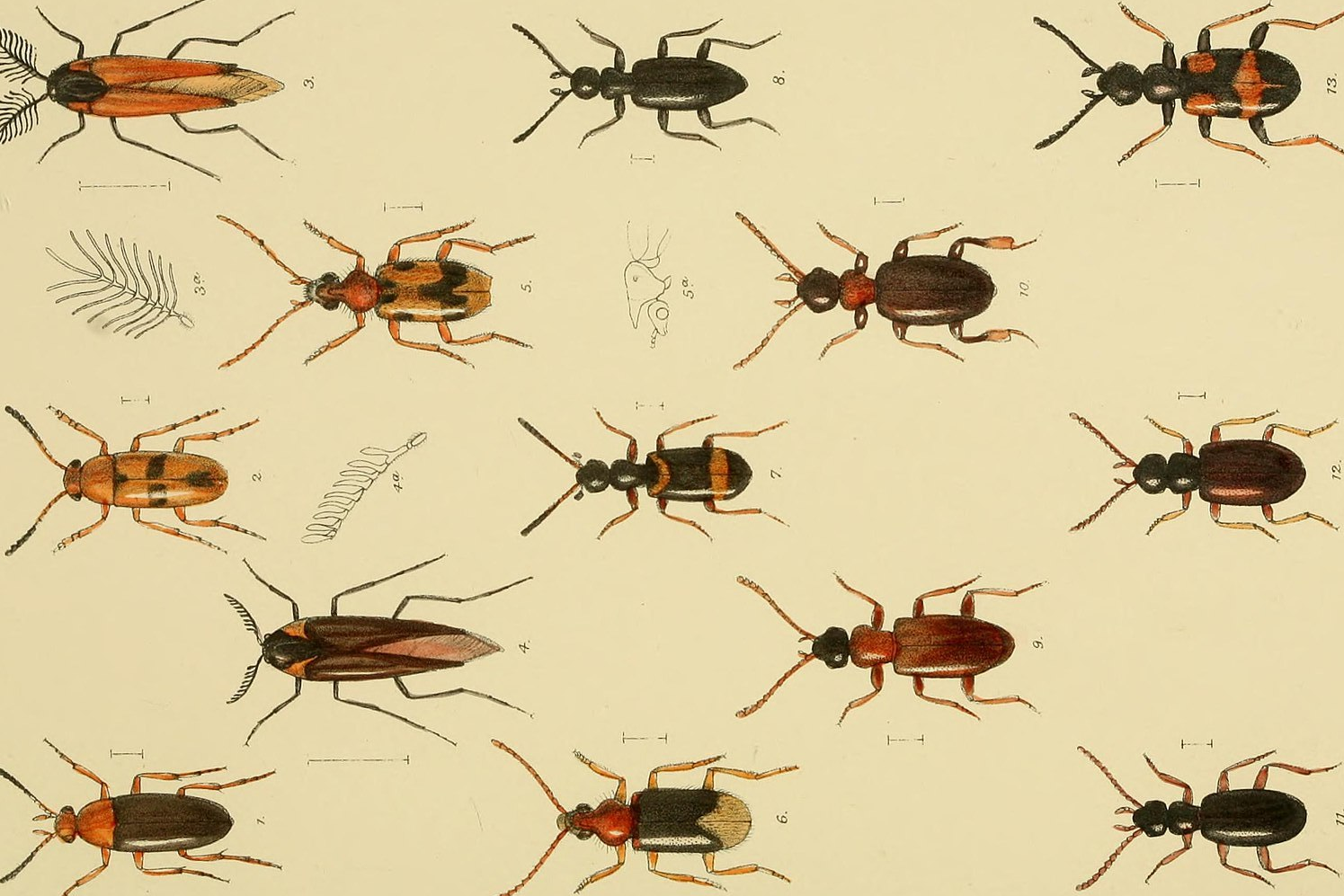 Insects can get something of a bad rap in science fiction. From the ‘monstrous vermin’ body shock of Metamorphosis and The Fly to the giant armies of Them! and Starship Troopers, bugs are often deployed by authors to play on our primal fears – of twitching larvae, pupating transformation and alien growth. Of a swarming, ravenous, elemental threat.

Insects have different but equally unfortunate connotations for scifi’s audience, particularly cinemagoers. Over the years too many bug movies have made it impossible for viewers to suspend disbelief, leaning on cheap effects that provoke laughs instead of gasps, such as the killer cockroaches of Damnation Alley.

The writer has often been at fault too. It can be hard for characters debating some arthropod threat not to sound ridiculous. Michael Caine shouts his way through 1978 killer-bee thriller The Swarm, presumably to drown out the sheer absurdity of exchanges such as the following.

Michael Caine – Are you endowing these bees with human motives, General?
General – I always credit my enemy, no matter what he may be.

On this evidence, you might conclude there’s little hope for Bug-Fi. Fortunately, The Engineer is here to offer inspiration, sparking ideas of an alternative insect future, one that ends centuries of mutual hostility between human and hexapoda, bringing us closer in the most intimate fashion.

The Engineer reported in January on a new kind of defrosting technology for employment in windscreens, wind turbines and aviation components. Virginia Tech researchers have been inspired by the Namib Desert beetle’s remarkable outer wings, which, lined with hydrophilic bumps and waxy hydrophobic troughs, harvest moisture from the air and channel it to the hardy bug’s mouthparts. This helps it endure the harsh conditions of the desert. By mimicking this ability to control where dew-drops grow, engineers believe it is possible to create new frost-proof surfaces, saving huge amounts of energy currently consumed by defrosting.

This kind of story opens up all kinds of intriguing avenues for a science fiction writer. How else, might ‘insectech’ find application in future societies?

One intriguing avenue is space exploration; beetles are thought to have been around since the Lower Permian, so they must surely have plenty to teach us about adapting to hostile environments.

Spacesuits that use beetle tech to harvest water would surely come in handy when settling arid worlds. A story might follow some fragile human colony marooned on a planet abundant in alien fauna.

These are people who have had to learn to be prey again, turning to entomology to engineer defences against numerous outsize alien foes. Our story sees the colonists adapted with unique beetle defences. A Bombardier beetle man sprays attackers with hot pulses of corrosive from engineered pygidial glands. A Minotaur beetle woman digs tunnel hideaways with powerful adapted forelimbs. A Blister beetle child’s reflexive bleeding offends the senses of its alien predators.

Perhaps, placed under the same evolutionary pressure as our bug brethren, humanity might become pests and parasites? We could tell the tale of a group of starving colonists on a desperate water-scavenging mission, penetrating some enormous alien hive, hiding among the hostile residents by mimicking their chemical secretions, as ant nest beetles do. The story takes a twist as our heroes find no water, only stored alien pupae – on which, having no choice, they begin to feast.

Perhaps our colonists would themselves become the larvae, like the young of California root borers and mountain pine beetles: people who live their lives in a shadow world, mining the bark and roots of vast alien trees for sustenance – an infestation that devastates the ecology and leaves a lifeless, husk world.

We could expand our tale to follow the colony’s 100-year history, from terrified colonists to willing Gregor Samsas, genetically adapted in myriad ways. An entire new culture emerges, where the fashion is for bright and dazzling chitin clothes, mimicking the glossy iridescent patterns of jewel beetles.

Perhaps there’s no need for our story to leave Earth at all. Research is underway on methods of remote controlling beetles, and this could prove to be a means to explore humanity’s poor treatment of the insects.

In northern Thailand, for example, rhinoceros beetles are made to fight for sport, and it’s not hard to imagine remote-controlled examples being employed for a more interactive experience.

Still, remote beetles could have equal application in tales that incorporate a search-and-rescue theme. Perhaps a story could follow an activist and her remote-controlled beetles mounting a jailbreak of the brutalised rhino fighters?

This would be only right; beetles deserve our respect. Coleoptera make up around 25 per cent of all known lifeforms on our planet. As a student, Darwin’s favourite hobby was collecting them. Ancient Egyptians thought them sacred. John Lennon even named his band after them. Their beautiful parallel world deserves scifi’s admiration and attention. Just a little research can turn anyone into a beetle maniac.

This article was first published in February 2016 in The Engineer magazine.