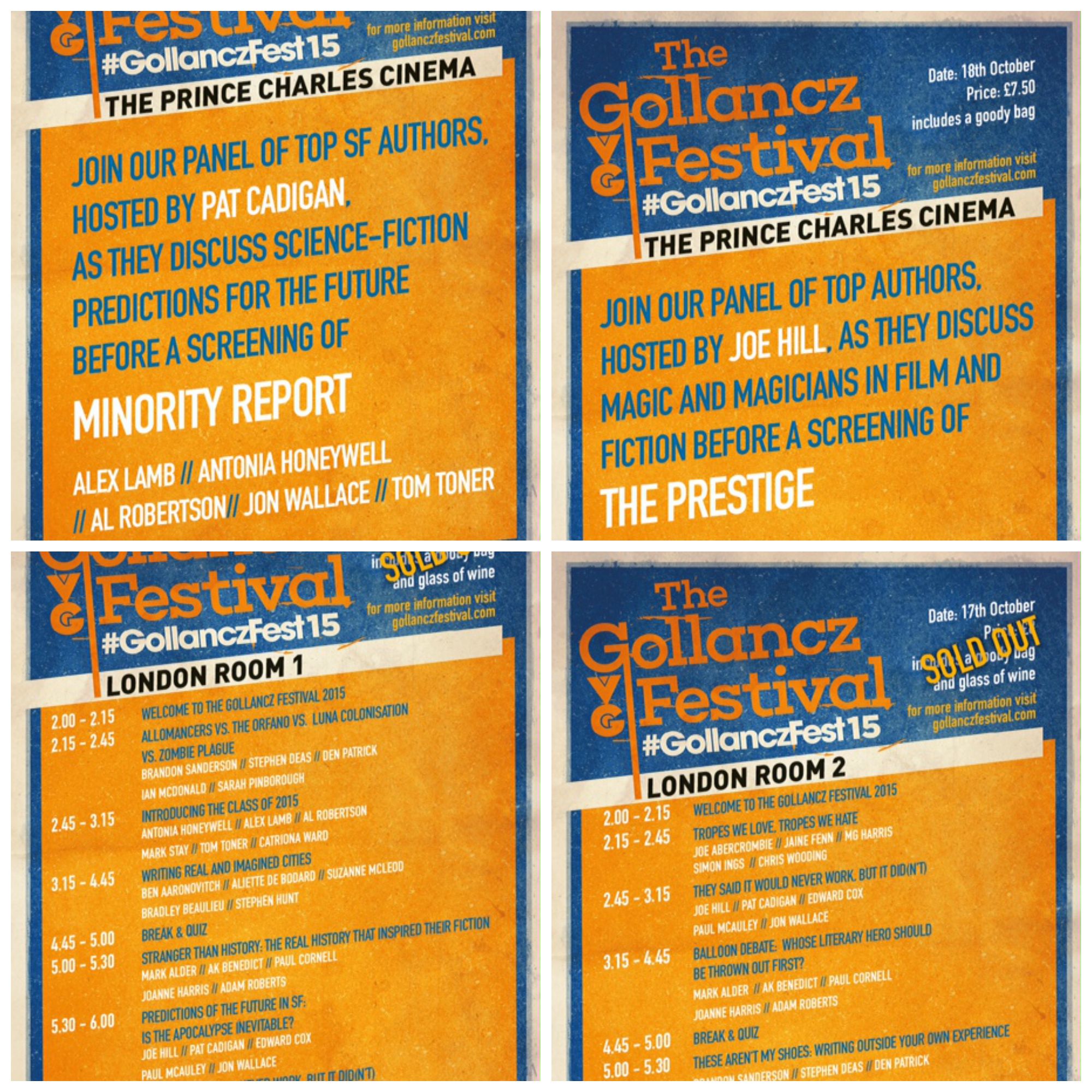 Plenty of joy coming up this October so thought I’d drop a quick post:

I’ll be at the Prince Charles Cinema in London discussing predictions of the future at an event hosted by Pat Cadigan, alongside Gollancz’s class of 2015: Alex Lamb, Antonia Honeywell, Al Robertson and Tom Toner. The Prince Charles is a cracking cinema (way, way better than its Leicester Square competitors) and I’ve always had a soft spot for Minority Report, the movie which our chat will precede. Should be a great event.

I’m privileged to be appearing at Waterstones Piccadilly, surely one of the world’s greatest bookstores, for a repeat of last year’s Gollanczfest event. There are a couple of panels where I’m thrilled to appear alongside Antonia Honeywell, Ed Cox, Joe Hill, Paul McCauley and other Gollancz legends.

The London event is sold out, but (on day of writing) there’s spots left for the Manchester event, which looks awesome. You can participate in the Fest in other ways online.

It’s a really good deal, and if you’ve missed out this year I would recommend taking part in 2016. Packed goody bag, talks and signings with your favourite authors and a friendly, buzzing atmosphere – what’s not to like?

I’ll be mooching about Nottingham for FantasyCon, where I’ll be delighted to be taking part in a panel on the Friday evening which should be great fun. After that I’ll be knocking about for what promises to be a packed, fun Con of the highest class.

Then I’m moving house. Busy month all round really…