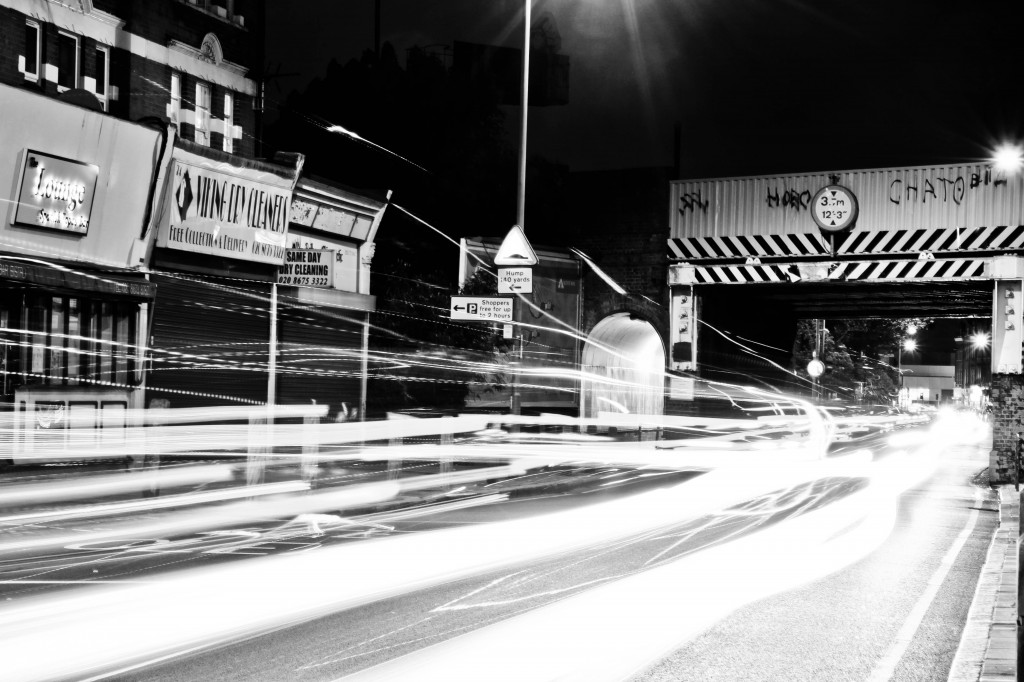 Last month the German edition of Barricade came out, published by Heyne. It is an utter thrill to have a foreign language edition of my debut novel, and I jumped at the opportunity to produce an article for Nautilis Magazine, helping to introduce the book to Deutschland’s Scifi public. I was asked to write something on the theme of ‘the magic of writing’ – the article was published in German obviously, so I thought I’d reproduce it here in the Queen’s.

Most of my ideas are conjured while traipsing about the streets of London. From the tube station to the office, from the office to the Library, around Camden, Camberwell, Fitzrovia and Soho. Even the shortest of journeys releases me from humdrum thoughts of bills, dentist appointments, and other fatty deposits that clog the synapses.

A good stroll has alchemic power: it transforms base neurons to noble. A long, steady stride sends me into a kind of trance; it clears my mind and merges my senses into a heady mist. Then, halfway to my destination, golden grains miraculously crystallise around me, snowing from the trees, carpeting the ground, sticking to my boots: ideas.

Oddly, I find less inspiration if I stroll merely for the sake of it. On occasions I have stepped away from writing, cursing my useless, stodgy brain and pronounced: ‘Right, that’s it! I’m going for a walk.’ And I have wandered the streets for hours, and found no solutions. It’s as if my mind needs to be satisfied that there is a destination before it can hubble and bubble up the right neurochemicals.

This holds true even in the most stunning landscapes. When I visit my family home in northern England, I often take the dogs for long treks across deserted fells – the same lakes and peaks that Coleridge loved. It is utterly stunning up there, but it doesn’t make the creative juices flow. It provides peace, an escape – which is essential for my mental health, but rubbish for writing.

No, my potion is mixed from the stink of exhaust, garage and restaurants, the hum of traffic and passing conversations, the sticky stuff on hand rails and cheap newspaper print. So it is that a lot of my ideas are tapped into my phone while wedged on a tube train, or sheltering in a doorway on a rush hour street, or scribbled on a pad as I sit down in the office.

There are other walks too, unconnected to the commute. When I wrote Barricade I lived a short distance from my brother and his flatmate. On Friday nights and weekends we’d often meet in the pub, shoot the breeze over a pint, then retire to their flat to play computer football. I would lose, badly, then walk home.

It wasn’t a beautiful walk. Far from it. It was often dark, cold, raining. I’d pass under a low, dripping railway bridge, follow a parade of shuttered shop-fronts, pass a glowing petrol station, see the lonely attendant inside – my only company but for the night buses and the occasional drunk.

But there was something about that walk, something uncanny about the half asleep city. The twilight shows you different things, and the city makes a different sound. By the time I returned to the flat I always had something: an outline of the next stage of the book, a new character or a fresh trait for an existing one. Often times I’d head straight for the computer and burst out a few thousand words, knowing it had to be done then, while the spell lingered. I don’t think that walk ever failed. Half of Barricade was dreamed up on that stretch of enchanted road, lost in a strange, half-awake state.

There are new walks now – there’s always a fresh route in London – but I do miss that old midnight path.