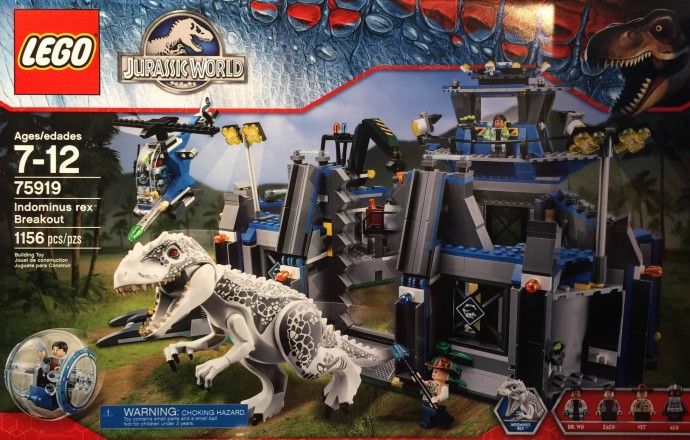 The cinema ushers were handing out free ice creams at the end of Jurassic World. I cast my eyes over the options, but decided not to take one. I couldn’t handle another gaudily-wrapped dose of sugar and fat.

Like a late night McDonald’s works the jaws but fails the appetite, so Jurassic World left me unsatisfied. I have no problem with a daft film, but I had a few issues on basic, B-movie grounds that have been bumping around my head today:

DR ALAN GRANT:
A six-inch retractable claw, like a razor, on the the middle toe. He slashes at you here, or here…Or maybe across the belly, spilling your intestines. The point is, you are alive when they start to eat you.

Gliding under the surface of Jurassic World is an amusing contempt for tourists – but when the dino-carnage is finally unleashed upon them it’s a disappointingly bloodless sort of mayhem, where materiel is smashed but few arteries severed. When the flying critters swoop on the crowd it should have been a gory peck-fest, but you never really feel the claws snap, or teeth bite – there is just a lot of running and…um…screaming.

Surely at least one of the two brothers (who decide to off-road their way into trouble) could have been Raptor fodder? The older one was fair begging to be bitten in two, and such a scene might have shocked the film free of the previous three movies’ fossilised tracks, which each sequel has followed with diminishing results. But no, the children must be in peril again, must be resourceful again, must be saved again.

DENNIS NEDRY:
Ah, no wonder you’re extinct. I’m gonna run you over when I come back down!

That wouldn’t matter if the baddies turned up their performances to compensate, with lines they can spit like a Dilophosaurus. Instead they’re so bland you can barely figure out what they’re doing there. The Brit in dark glasses has not even the beginning of a character, so when her fairly spectacular death comes around there’s no reason to cheer it. Contrast her with the ‘blood-sucking lawyer’ in Jurassic Park. Compare D’Onofrio with Wayne Knight’s scheming comic programmer.

The main problem is the script. Nobody’s expect Spielberg storytelling from Part 4 of this franchise, but it does trouble me that nobody picked up this draft and asked: where are the zingers? Pratt, Howard. Khan, Sy – they don’t have a good line between them. This bugged me, because hundreds of writers could have given this thing one final, character-building draft and with a sprinkling of lines given it a little more bite, to match all those teeth on display.

It doesn’t even steal particularly well. D’Onofrio has Dick Jones’ lust for the quick military buck, but without the murderous intent he’s not nearly nasty enough, and when his death came I was pretty indifferent. After the show my wife pointed out that Pratt’s relationship with Shaw is a direct replication of Crocodile Dundee and Sue Charlton – only without the dodgy culture clash jokes, and even less involving. It’s certainly nothing on Malcolm’s flirting with Sattler.

Jurassic World has no room for Malcolm or Sattler of course, or for Dr Grant. Instead, through Pratt Dundee, it gives us a character who doesn’t study the animals, but understands them. He’s a kind of warped Muldoon, a rifle-wielding game keeper – but where Muldoon feared the ruthless intelligence in the Raptor eye, Pratt thinks he sees shared respect. At first the movie seems to recognise this as delusional, but later on, what do you know, the raptors become his willing collaborators – and what would Grant have made of that? Like the man says: You can’t just suppress 65 million years of gut instinct.

DR IAN MALCOLM:
before you even knew what you had, you patented it, and packaged it, and slapped it on a plastic lunchbox, and now you’re selling it, you wanna sell it. Well…

Yes, it’s a dumb sequel. Yes it cost a ‘modest’ £150 mil and almost raked it back in the first weekend. Yes there is some great CGI, and a few genuine jumps. But if this little effort is made with the characters they may as well ditch the movies entirely next time and release a new Lego set instead – that’s what this whole exercise was really all about anyway, right?