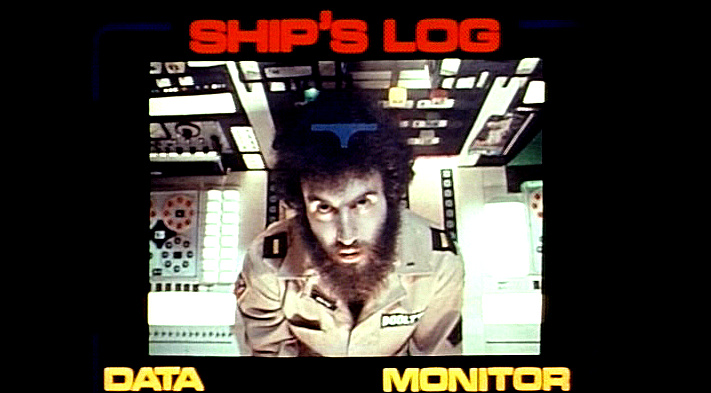 A few words on Dark Star, which I saw for the first time just before Christmas. I’ve been meaning to watch it for about a decade now, but somehow never got around to it. I knew it was a stretched John Carpenter student film, and it’s regularly mentioned in lists of ‘greatest ever science fiction movies’. Yet I could never build momentum for a viewing. How daft that seems now.

Written by John Carpenter and Dan O’Bannon, and unfolding over a super-tight one hour and twenty-two minutes, I watched it with a building sense of awe. The opening scenes were so strong that I assumed the rest of the film couldn’t possibly live up to them. Then the titles kicked in, with the splendid country song Benson, Arizona (music by Carpenter) and the movie just went on delivering.

Charting the bickering, bearded crew of Dark Star on their journey of meaningless destruction, the film is characterised by surprisingly sharp wit, unique lo-fi space effects, and a deep love for its characters.

I won’t get into it too much, in case there are other idiots like me who have never seen it. I wouldn’t want to spoil it for you. Suffice to say that I found it a humbling and delightful experience. Almost every element made me smile, from Cookie Knapp’s superb computer voice to the emergency phenomenology.

God it’s imaginative and bravely paced and well acted and surprising. It has been a long time since something impressed me so much. What a talent Carpenter was.

It’s free to stream on Amazon, so if you haven’t seen it, take a look. You won’t be disappointed.