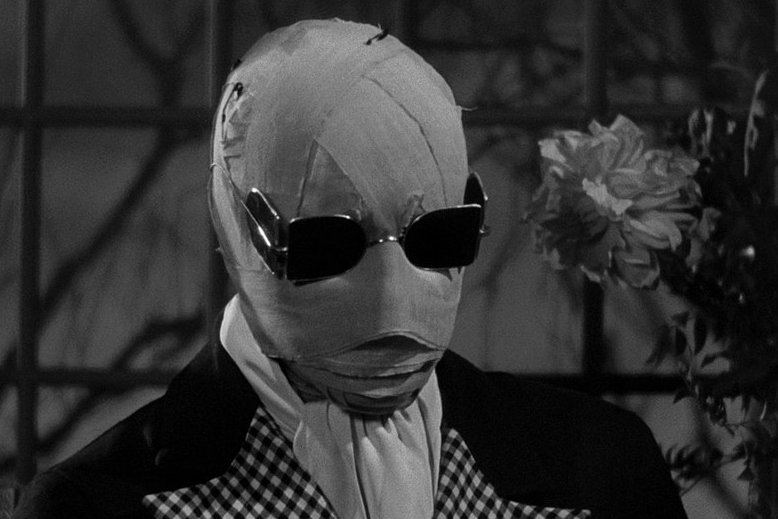 Picturing a future of human invisibility

Together they create surfaces that trap and suppress radar waves. Researchers claim the technology could be a stepping stone towards invisibility cloaking.

This is one of many ‘meta-material’ stories that have appeared in recent years, as researchers race to develop truly effective invisibility cloaks. We future followers lap this stuff up, intoxicated by click-bait headlines: ‘Harry Potter cloaks made real’ and ‘The Invisible Man is coming’: illustrating both the continuing fascination invisibility holds in popular culture, and the way the trope straddles both fantasy and scifi.

There’s something existential about invisibility tales: sight is our most evolved and powerful sense, the primary data by which we interpret the world and our place in it. Invisibility is a core speculation, one of the first ‘what if’ questions we ask ourselves: what if I could not be seen?

Small wonder that it holds an eminent place in founding scifi and fantasy works: Wells’ The Invisible Man, and Tolkien’s The Lord of the Rings. Each established canons from which following works have struggled to escape; each well illustrates the genres’ differing approach to story.

The One Ring causes the wearer to vanish because of magical forces beyond human understanding. Wells’ invisibility, to the contrary, is borne out of human ingenuity.

Still, their essential attitude to the idea is much the same: both associate invisibility with the crushing of an individual’s humanity. Closely tied to this gloomy outlook are tales where the power is the realm of cold-blooded hunters – cloaked Klingon Birds of Prey, and the Predator.

Invisibility also has associations with confused adolescent lust – boyish fantasies of sneaking into the girl’s locker rooms. But equally powerful at that developing age, for both sexes, is the constant, uncomfortable sense of being observed – much amplified in this era of blanket surveillance and social media. Studies show the illusion of invisibility can be a powerful treatment for such social anxiety.

We might develop a story about some teenage prodigy who perfects an invisibility cloak to escape the exposure of a horrific Facebook shaming. Brooding in isolation, she plans to use her power to take revenge on those who humiliated her. But, having infiltrated their most intimate moments, she realises how miserable and lonely are their lives, and leaves them be, seeing the world more clearly than before.

And what of a time where invisibility is freely available, a zip-up, all-over, skin-hugging suit? Might it bring about a social revolution? One story could follow the emergence of a subculture that rejects our Facebook world, holding invisible parties and going on invisible dates. Our main character enjoys true love with his unseen partner, until they strip away their mantles, and love is shattered.

Or, as invisible crime spirals out of control, might the surveillance society turn from the eye to the nose? Picture a topsy-turvy nation where power of detection has passed to the snouts of genetically engineered super dogs; where police chiefs are talking canines, bribed with bones and squeaky toys, and men mere administrators – power flipped from one end of the leash to the other.

A pity that engineering has so far failed to deliver convincing invisible tech; as Douglas Adams stated, the technology involved in making a thing invisible is so complex it is much easier to favour the “Somebody Else’s Problem Field”, which relies “on people’s natural disposition not to see anything they don’t want to, weren’t expecting, or can’t explain”.

Indeed invisibility-cloak projects can be anticlimactic upon closer examination, hamstrung by context and needing to be tuned to particular waves, viewed from certain angles.

And what kind of story does that inspire in the scifi mind? Certainly it makes military applications seem like wasted effort. Imagine an alien world torn by a war of attrition.

One side attempts to break the deadlock using invisibility cloaks, only effective if the wearer moves very, very slowly. Thousands of soldiers inch across no-man’s land, only to be mown down by a forewarned enemy, equipped with ‘tuned’ binoculars – a grisly, re-enacted Battle of the Somme.

But away with such dystopia. Engineers are plotting paths Wells and Tolkien couldn’t have imagined. One thing is certain; science fiction hasn’t seen the last of invisibility.

This article was first published in the Engineer magazine in April 2016.